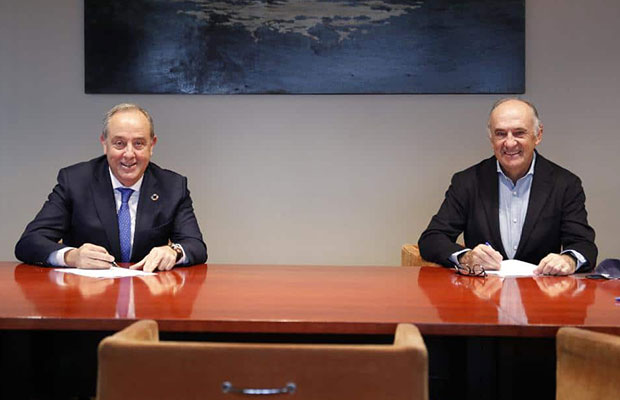 December 30th.-  Bruc Energy has reached an agreement with Alter Enersun to buy 55% of 12 photovoltaic solar power plants, totalling 550 MW. Both companies have created a new company called Bruc Alter Enersun, which will integrate these assets, all of them in the construction phase and under advanced development in Andalusia and Extremadura. Alter will have 45% of the capital of this new company.

The agreement is the result of the complementary strengths of the two companies and a long-term vision of the renewable energy production business in Spain. The new company will be led by Juan Béjar on behalf of Bruc and José Luis Morlanes on behalf of Alter Enersun.

Bruc Alter Enersun will begin operations in March, with the first investment of the joint venture being a photovoltaic solar power plant called “Huelva 2021”, occupying 95 hectares in the municipality of Huelva. Its 113,000 solar panels have an installed capacity of 50 MW, which can produce 100 GWh per year, the typical consumption of 30,133 homes. It will avoid the emission of 18,735 tons of CO2 per year.

Juan Béjar considers that this operation “consolidates Bruc as one of the key players in the green energy sector in Spain”. In his opinion, “the decarbonization of the economy is an environmental duty and at the same time an opportunity to attract investment and generate industrial employment.”

José Luis Morlanes, for his part, highlights the strong growth rate of Alter Enersun, “which will now be accelerated by the agreement with Bruc Energy”. Alter’s CEO is committed to “collaboration between companies and with institutions to advance the Sustainable Development Goals (SDGs), particularly those that pursue environmental sustainability.”

Bruc Energy is one of the investment vehicles of Bruc Management, a fund manager operating in the renewable energy sector. Despite the fact that its first investments were located in Japan, where it has a portfolio of 60 MW, it has had a rapid development in Spain in recent months. With the operation carried out with Alter Enersun, Bruc already has around 1,500 MW in operation or under development in the Iberian Peninsula.

Alter Enersun was established in 2009 with the vision of becoming one of the first benchmark companies in the renewable energy sector, specifically in the production of photovoltaic energy in the Iberian Peninsula. It currently has more than 140 roof and ground installations in Spain and Portugal and develops 1,000 MW photovoltaic and wind power, of which 50% will begin construction before the end of 2021.