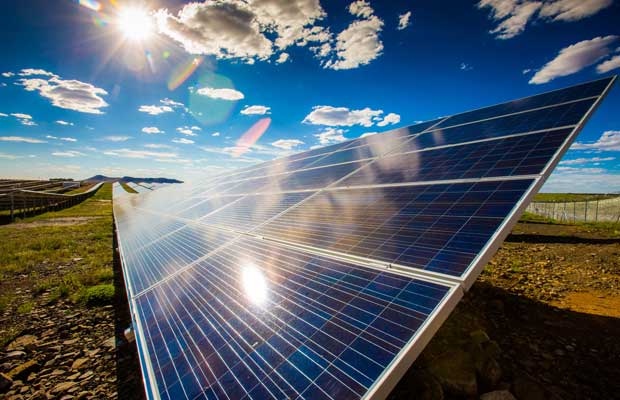 This fact of slowdown came to light in a just-released report of the Global Environmental Institute (GEI) which says China’s overseas investment, including in India, into 240 coal power plants along the Belt and Road Initiative has slowed down in 2016 after the Paris Agreement on Climate Change.

India was once the top destination for fossil fuel infrastructure investments. Although India is not a part of the Belt and Road initiative, China had expanded its investments to include many other countries.

According to a financial expert in India, there is a noticeable spike in solar investment by Chinese firms.

India has committed to generate up to 100 gigawatts of solar power by 2022.

The GEI report says that since 2016, China’s support for overseas coal-fired power plant development has slowed down mainly due to shifting towards renewable energy under the Paris Agreement.

Under the agreement of December 2015, 197 countries agreed to cut emissions in a bid to keep the global average rise in temperatures below 2 degrees Celsius.

Some countries contributed to this change by reducing support for high emission projects like coal-fired power plants and shifting towards renewable energy, said the report. The cancelled and suspended Chinese projects are mainly located in India, it said.

The report, released just ahead of the two-day Belt and Road Forum in Beijing on Sunday, carried out a long-term review of China’s involvement in coal power projects in 25 countries along the Belt and Road since 2001.

Overseas project contracting is the most common form of involvement for Chinese companies developing coal-fired power projects in countries along the Belt and Road. But they do not participate in project operation and have no stake in the project’s profits.

he GEI says since 2001, Chinese development of coal-fired power projects in countries along the Belt and Road initiative has fluctuated, slowing sharply in 2008, 2011 and 2016 and having peaked in 2010.

This trend shows that China’s participation in these projects is affected by global economic shifts, the policies of host countries and restructuring towards cleaner energy.

According to the report, India received support from Chinese companies for building close to 129,540 MW worth of coal power capacity and Indonesia for just 31,336 MW.