The German luxury automaker, BMW is planning to boost E-car production by producing 250,000 more e-cars by 2023. The company CEO Oliver Zipse was quoted saying this in an interview with the German newspaper Augsburger Allgemeine. luxury carmakers have been faster to announce electric plans due to the higher costs of EV’s currently, which makes them compete directly with their models right now. Tesla being a classic example. 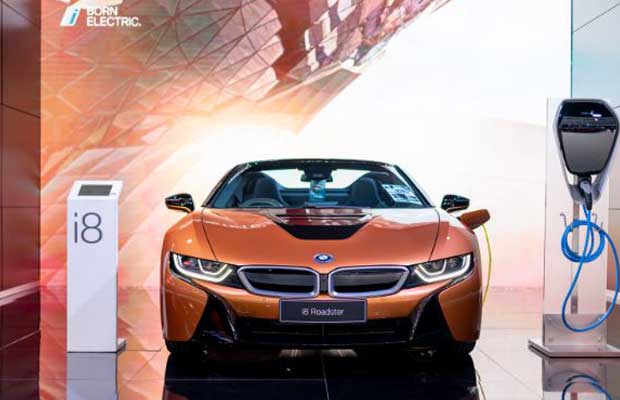 In doing this, the marquee GErman automaker follows its domestic and global rival, Daimler AG (Owner of the Mercedes brand) that announced plans to invest 70 billion euros in electro-mobility and digitalization. Dainler had announced that plants in Sindelfingen, Bremen and Rastatt in Geermany, Kecskemét in Hungary, Tuscaloosa in the US and Beijing will all produce EVs under the EQ badge by 2022.

Mercedes electric portfolio – known as MercedesEQ  has been a long term target whereby all vehicles produced by the firm will be electric by 2039.  Similarly, another BMW competitor, Volkswagen(VW), has plans to build 1.5 million electric vehicles by 2025.

Zipse said that “Electric vehicles will account for about a fifth of BMW’s sales by 2023, up from about 8% now, as BMW wants roughly every fifth car to be electric. We already had ambitious growth plans and want to further expand our market position.”

EV charging infrastructure was flagged by Zipse as a major challenge, with Germany expected to have as many as 10 million EV’s on the road by 2030, which would need a significantly larger charging network than the one at present, or planned for He estimated that 15,000 private and about 1,300 public charging points would have to be put into operation every week starting from now, to meet these requirements.

Earlier, in July 2020, BMW Group has announced that it is making sustainability and resource efficiency central to its strategic direction.  Chairman of the Board of Management Oliver Zipse had announced initial details of this strategic direction while presenting the targets the company has set itself for the phase up to 2030, one of which is to have 7 million BMW electric vehicles (EVs) on the road over the next 10 years.

For the first time, targets to reduce emissions extend throughout the entire lifecycle: from the supply chain through production to the end of the use phase. The aim is to significantly reduce CO2 emissions per vehicle by at least one third across the entire spectrum.