BMRCL enters into an agreement with Cleanmax to install rooftop solar 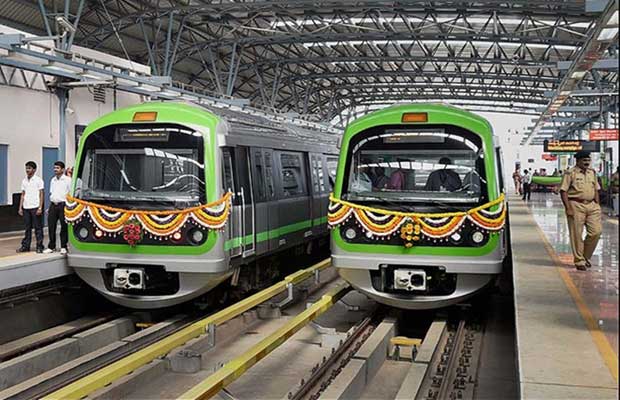 N M Dhoke, Director (R.S.E), BMRCL speaking to DH said solar panels on the rooftop at Baiyappanahalli and Peenya depots will be installed in four months after awarding the contract and metro rail corporation limited would not be spending on the project, instead it will buy power from the contractors at a rate of Rs 5.56/ unit for the first three years and Rs 5.6 per unit in the subsequent years.

Dhoke speaking to the publication said “considering the average tariff increment trend of Bescom, which is between 5-6% per annum, we will be saving approximately Rs 51.74 crore over the next 25 years. Apart from exploiting solar potentials, our dependence on Bescom will come down.”

Recently Kuldeep Singh, Managing Director, CleanMax  said with  current installed rooftop solar capacity of 55 MW across the major metros in the country, the company is looking at increasing it to up to 400 MW in the next two years.

The company, which enjoys nearly 28 percent share in the total rooftop solar market, has presence in six metros including Mumbai, Pune, Bangalore, Jaipur, Chennai and Hyderabad.

CleanMax caters to clients across sectors like automotive/auto components, food and beverages, government establishments, academic institutions, IT/ ITeS and other manufacturing industries.