Home » News » Biofuels: Empowering the Economy and Conserving the Environment

Biofuels: Empowering the Economy and Conserving the Environment

Notwithstanding adversities of pandemic India is projected to report close to double digit GDP growth this year based on studies by renowned institutions. Thanks to huge domestic market consumption though exports are likely to remain subdued! The energy requirement of an economy is directly proportional to population and the momentum of development. Electricity and fuel are the two predominant forms of energy that shall define the course of India’s future growth. How well we are able to balance the two ends of demand and supply of energy, shall define the success of India’s economy. Let us look at the present energy scenario and India’s readiness to fulfill future energy needs.

The present per capita energy consumption in India is 1208 KWH vis-a-vis the global average of 3200 KWH. In view of the increasing energy demand owing to infrastructure development, rapid industrialization and urbanization, India’s energy requirement is set to grow further. The country clocked a steady annual rise of 3.5% in energy demand between the first two decades of this millennium. Energy consumption had doubled in this period in comparison with the previous years’ figures. As a country on the fast track of development, it is not surprising that experts forecast a steeper annual growth rate of 4.5% in the energy demand by 2035.

India’s population is expected to grow from the present 1.35 billion to 1.7 billion by 2045. In a quarter of a century India will surpass China to become the most populous country in the world. Quite predictably a large proportion of this population will settle in the urban areas. The trajectory over the period from 2020 to 2045 indicates that urban population will increase from 30% to 40% in these 25 years.

As the road to development gets wider and alluring, demand for energy would only go up. Today India’s energy portfolio is dominated by fossil fuels that too majorly soured from imports. It makes sense therefore, to explore possibilities of finding indigenous sources, to reduce excessive dependency on imported sources. Govt. of India (GoI) has taken concerted efforts in this regard to harness renewable energy sources in its overall energy mix. India has taken notable strides in harnessing solar energy, wind power and also bioenergy. While industry sector remains the largest consumer of the energy, transportation sector (surface, air and water) is identified as 2nd largest energy consumer and also GHG emitter.

The transportation sector plays very important role in mobility of people and goods around the world and therefore regarded as the barometer of the economy. Aligned with the economic growth forecast, the energy demand for transportation sector is expected to rise significantly in the future. India needs to strike fine balance between rising energy needs and deteriorating environmental situation. While fulfilling the increased energy demands for rapid economic progress, India has to honor its Nationally Determined Contributions (NDCs) to reduce GHG emissions as committed in COP-21 Paris Climate Change summit. While efficient methods of use can ease the stress on resources, it certainly cannot slow down the rate of increase in demand for energy. Decarbonizing transportation sector with the help of latest mobility technologies has emerged as promising solution in this regard.

The government has been trying to maximize share of renewable energy in India’s transportation fuel energy mix, which is currently dominated by fossil fuels. Among all, Biofuels have emerged as a front runner to meet these requirements.

Impact of Global Shift of Funds Away From Fossil Fuels on India: IEEFA
Also Read

Biofuels are low carbon transportation fuels produced by processing bio based feedstocks. Being captive in nature biofuels facilitate energy security and as such reduce dependence on imported fossil fuels. Biofuels, both in gaseous and liquid form are environment friendly as they trigger carbon neutral cycle upon combustion. In the social context, collection of agriculture waste as feedstock creates employment in rural areas, and is an alternate sustainable revenue stream for farmers that boost the rural economy. Rural entrepreneurship gets a fillip to build a robust ecosystem to facilitate supply chain for feedstock, bio-aggregations and transportation. Biofuels are complementary to fossil fuels and therefore utilize existing infrastructure and ecosystem of IC Engine dominated automotive industry. Ethanol, produced from sugary, starchy and cellulosic feedstock is widely used biofuel in India.

To reduce India’s dependency on imported crude oil, GoI has already institutionalized policies for promoting Ethanol Blending in petrol. Before the introduction of National Biofuels Policy 2018, India was mixing 2% bioethanol in petrol and only 0.1% of biodiesel in diesel. In recent landmark development GoI advanced ethanol blending target of 20% by 5 years to 2025 from earlier deadline of 2030. Besides associated socio-environmental benefits this single step can help bridge current account deficit caused by crude oil imports. This will also ease the pressure on the exchange rate of the Indian Rupee in the international market and help in improving the foreign exchange position of the country. A stronger strategic plan and integrated implementation efforts will lead to fulfillment of these objectives.

Praj’s Bio-MobilityTM platform envisions the use of bio-based feedstock for the production of low-carbon renewable transportation fuels for all modes of transport. The prospect of Bio-MobilityTM is pivoted on the recent progress of sustainable use of biomass feedstock, as they are environmental friendly, available abundantly and captive in nature.

In nutshell, volatility in international crude oil market is driving prices of petrol and diesel. This is adversely affecting not just family budgets but also nation’s economy. Time couldn’t be more opportune to promote and expedite the usage of environment friendly captive source – biofuels and definitive step marching towards India’s goal of US $ 5 trillion economy. 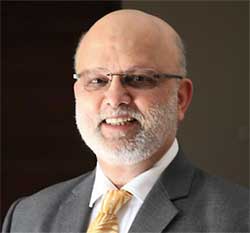