Bihar Gov’t Buildings to Get Rooftop Solar from November

The center and the state government have to equally share the burden of installing similar rooftop solar systems on individual households, organizations and government buildings according to the scheme. 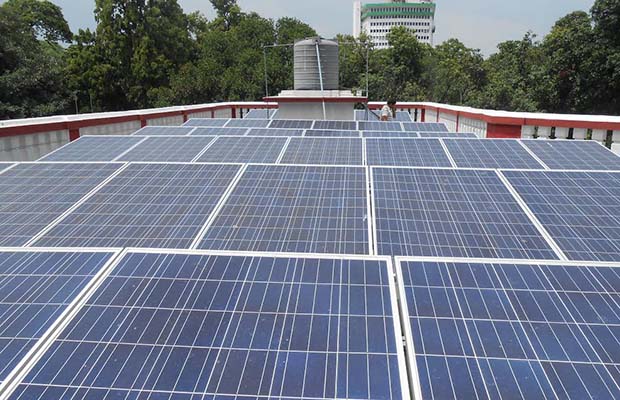 Under its grid connected rooftop scheme, Bihar Government has handed-over the task of installing rooftop solar systems on government buildings to Bihar Renewable Energy Development Agency (BREDA) which is to be started in November, 2018.

Further, the center and the state government have to equally share the burden of installing similar rooftop solar systems on individual households, organizations and government buildings according to the scheme.

A BREDA official familiar with the project said, “The selection procedure for hiring an agency to undertake the installation work in government offices has been completed. We hope the work will start next month. We had received applications from offices under state government with a combined demand of 40MW of power through installing rooftop solar panels on government offices.”

Under the scheme, the state government has planned to redeem half the cost as subsidy for individual consumers, to be equally shared by the Centre and the state. A total Rs75,000 is required for installing 1kW capacity rooftop solar panel by an individual.

Whereas, government as well as social sector organizations’ installations are entitled to a subsidy of 25 percent of the cost incurred on the project.

Ashwini Ashok, solar power analyst at Centre for Environment and Energy Development (CEED), said, “Patna can generate around 300MW solar power by using roof space. The residential buildings account for 80% of the city’s solar potential. The installation of rooftop solar panels at hospitals and offices under state government can generate huge amount of power. It will also contribute towards greater reliance on greener energy sources rather than traditional coal-based electricity.”