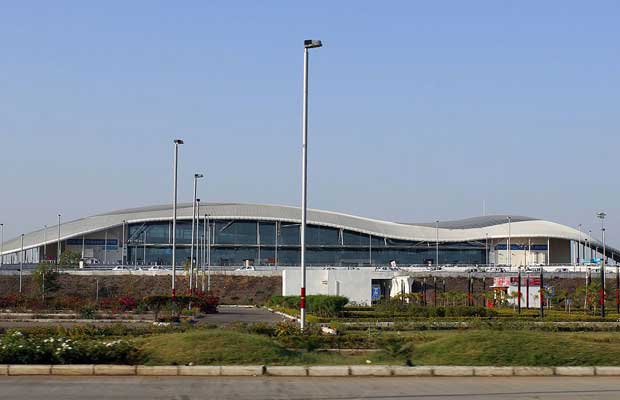 The authorities at Raja Bhoj Airport have decided to install a 1MW capacity solar plant to power all airport functions. Once operational, it will save Bhopal airport Rs 25 lakh a month in electricity charges.

Raja Bhoj Airport is going solar- all the way. It’s going to be only the second airport in India, after Kochi, to become self-sufficient through green energy, Airport Director Akashdeep Mathur told TOI

The authorities have decided to install a 1MW capacity solar plant to power all airport functions. Once operational, it will save Bhopal airport Rs 25 lakh a month in electricity charges.

“We are very enthusiastic about the solar power project. Generating solar electricity is a new concept at the airport. After the successful installation of solar panels (a pilot project), we have realized that solar power can do wonders,” Mathur told the publication. The project will cost around Rs 4.5 crore and the airport is expected to go all-solar in December 2017.

Two years ago, a solar project was tried out for the first time with enough panels to generate 100KW power. Buoyed by the saving in electricity consumption, the authorities sent a proposal to MP State Urja Vikas Nigam Ltd to frame a policy on net metering, which will help them install a 1MW capacity plant and produce enough clean energy to take care of the entire power consumption of the compound. It was cleared and Urja Vikas Nigam and the airport will install the solar panels, say officials.

Net metering allows customers who generate their own solar electricity to feed the surplus into the power grid. The advantage is that if the airport generates more electricity than required during daylight hours, it will get a credit against the electricity consumed at night or other periods where use exceeds the system’s output. Customers are only billed for their energy use.

The airport’s peak consumption during summers is 1.3MW. “It’s less during winter. We will achieve it by the new solar panels,” said Mathur.

Airport officials said the 80% of electricity consumption is at night. “In net metering, the electricity generated will go back to the grid and at night, the banked electricity can be used. This way, we will be billed only for the extra electricity we consume,” said a senior official.