BHEL Tenders for O&M of 1.7 MW Solar Plant in MP

BHEL has issued a tender for undertaking the O&M of a 1.7 MW solar power plant in Bina, Madhya Pradesh. 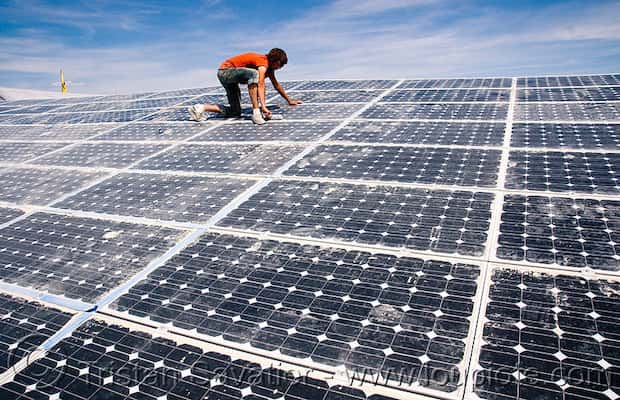 The scope of work for the selected bidders will include the full, final and entire completion of all works as detailed in the schedule of works for a period of one year. Key tasks will include the water cleaning of solar modules of approximately 5,800 modules, preventive maintenance of inverters and 25 kV sub-station including one installed in the TSS side also including underground transmission line laid from the solar power plant to Indian Railways Traction sub-station at Bina which is approximately 500 away.

The estimated cost of the project is Rs 6.75 lakh and all interested bidders must submit an Earnest Money Deposit of Rs 15 thousand and a security deposit value will be 5 percent of Contract value along with their bids.

The last date for bid submission is February 10, 2020, and the techno-commercial bids will be opened on the same date.

To be eligible for participating in the bidding process, the bidders should have carried out Operation and Maintenance works for a minimum cumulative of 2 MW ground-mounted solar PV power plants in India, during last 7 years from the date of tender notice, with each plant having at least 500 kW capacity, for a minimum period of one year, with at least one plant consisting of Switchyard of voltage level 33 kV and above.

And, the average annual financial turnover during the last three years ending March 31, 2019, should be more than Rs 2.03 lakh.

As per the tender, O&M activities are defined item-wise with a particular rate. In case the vendor does not execute any of the jobs within 30 days, BHEL reserves the option to execute the same themselves and the cost incurred will be deducted from the vendor’s bills.