Azure Power Gets LoA for 300 MW Project in SECI Auction 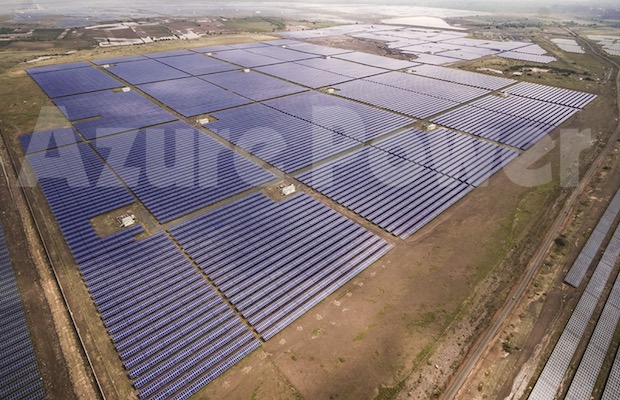 The New York Stock Exchange (NYSE) listed company said in a statement that “it has received a Letter of Award (L0A) for a 300 MW solar power ISTS project through a 1.2 GW auction conducted by Solar Energy Corporation of India (SECI), a Government of India enterprise and a company with an AA+ domestic debt rating by ICRA.”

Post this win, the company has a portfolio of 1.5 GWs of ISTS sovereign credit offtake projects, which is the largest such portfolio in the country.

Moreover, the company is expected to sign a 25-year Power Purchase Agreement (PPA) with SECI to supply power at a tariff of Rs 2.54 (U.S. 3.7 cents) per kWh.

The project is likely to be commissioned by 2021 and can be developed outside a solar park anywhere on pan India, the company said in the statement.

Meanwhile, it has over 1.5 GWs of ISTS interconnection approvals in place which can trim development risk for its ISTS portfolio.

Commenting on the project win, the newly appointed Chief Executive Officer of Azure Power, Ranjit Gupta, said “our long history of superior solar power operations with SECI has contributed to our success in winning this 300 MW project. Azure has a strong track record of winning projects in every ISTS auction conducted by SECI till date. This is a direct result of our strong project development and execution capabilities. We have secured ISTS interconnection approvals for over 1.5 GWs well ahead of schedule in some of the best sites in the highest solar irradiation locations, thus minimizing execution risk and maximizing returns.”

Recently, the company appointed Ranjit Gupta as chief executive officer (CEO) and a member of the Board, after Inderpreet S Wadhwa, who founded Azure Power in 2008 and led it to become one of India’s largest solar power developers and operators, disclosed his retirement plan in May and to step down from the post of Chairman and CEO.