He will continue as Chairman and Chief Executive Officer (CEO) until a new successor is named or December 31, 2019, whichever is earliest. 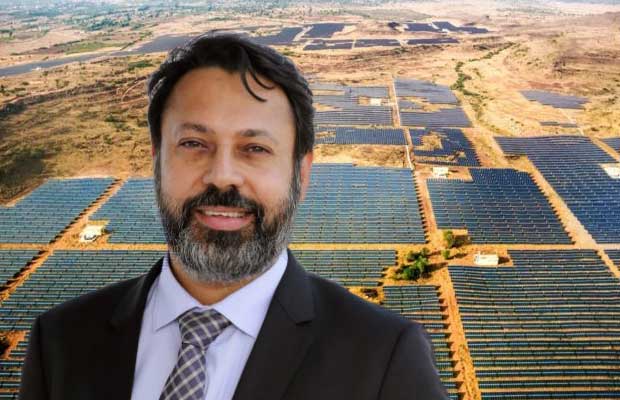 Inderpreet S Wadhwa, who has led Azure Power to become one of the country’s largest solar power developers and operators with over 1.5 GWs of operating assets plus over 1.5 GWs of contracted projects, plans to retire.

The company said in a statement that, “Inderpreet Wadhwa, will be retiring from his position as CEO and Chairman and member of the Board of Directors of Azure Power and all its subsidiaries.”

He will continue as Chairman and Chief Executive Officer (CEO) until a new successor is named or December 31, 2019, whichever is earliest.

However, Wadhwa will remain with the organization as an advisor till December 31, 2019 even if a new CEO joins prior to that date.

The company’s board has expressed its great appreciation to Wadhwa for his leadership and contributions towards the company, and for making Azure a dynamic leader among all renewable energy companies in India.

Under Wadhwa’s leadership, Azure Power has established its leadership through a series of industry firsts, including the first Indian solar company to list its shares publicly on the NYSE and the first successful issuance of green bonds for Indian solar assets.

He founded Azure Power in 2008 and prior to this he served as a Vice President of Loyalty Lab and as a Senior Director of Oracle Corporation. Additionally, he has been a member of the Private Sector Advisory Group (PSAG) to the Green Climate Fund (GCF).

Wadhwa is among the prominent thought leaders in Indian solar industry. He is a renewable energy enthusiast with over 20 years of experience in technology and infrastructure businesses.