The development of Mini and micro grid is being considered as the core objective to achieve the stipulated targets under the scheme launched by the Government of India. 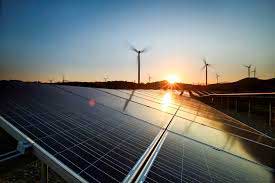 India’s leading independent solar power producer Azure Power in a bid to electrify 320 households across 11 villages through development of mini and micro grids has recently been sanctioned to build the project. As per the recent report by Ministry of Power the number of unelectrified homes is  more than three million in Jharkhand. In order to bridge the gap Jharkhand Renewable Energy Development Agency (JREDA) has started sanctioning projects for design, supply, installation, commissioning and operation for 5 years of decentralised distributed solar PV power plants.

With the allotment of INR 160 billion (~US$ 2.5 billion) under the recently announced ‘Saubhagya’ scheme to electrify 30 million homes by March 2019 across the country. The development of  Mini and micro grid is being considered as the core objective to achieve the stipulated targets under the scheme launched by the Government of India.

“Azure Power aims to bridge the energy access gap in India through its low-cost and reliable solar power solutions. With the launch of Azure M-Power for electrification of villages across India, we are delighted to make a contribution towards the realization of our Hon’ble Prime Minister’s commitment towards 24×7 power for all.” Said Inderpreet Wadhwa, Founder, Chairman and Chief Executive Officer, Azure Power.