AXITEC, one of the few German Solar PV brands that has survived the competition from China has an interesting approach to manage operations. With its headquarters and core engineering team in Stuttgart in Germany supporting the manufacturing capacity of 1 GW, which itself is spread across key markets including EU, China, Vietnam, Cambodia and India. Besides solar PV, the firm also has a presence in storage and charging now.

Backed by 20 years of experience leading to a presence in 70 + countries, AXITEC has 6 international subsidiaries and sales partners in strategic locations across the globe to service key markets. AXITEC likes to highlight that after the first year, it guarantees an output of 97% of the original nominal output and thereafter a maximum output reduction of 0.5% per year. As a result, customers still have a performance guarantee of at least 85% of the original nominal output after 25 years. 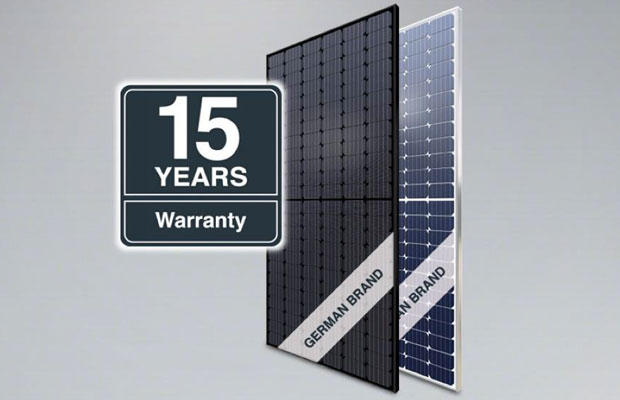 The firm’s latest offering is a 540 W module, coming from its manufacturing facility in Asia. Coming with a 15 year manufacturer guarantee, the new module promises to make a significant impact, especially for large project developers.

The  AXIpremium XXL 540Wp comes with the following features according to Axitec. 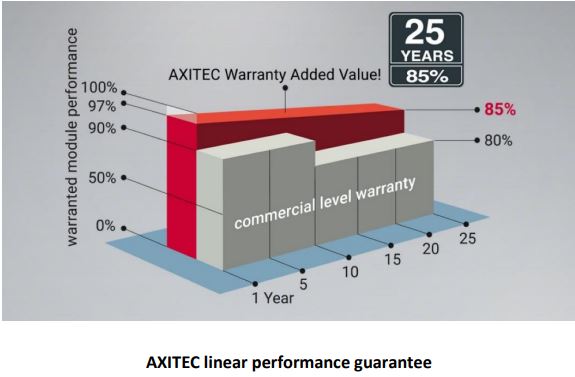 This, the firm contends, is because of the present technology, where wafer size bigger than 182 mm risks the increased possibility of microcracks and subsequently lower power generation and hotspots causing the module to fail.

With Isc around 13 Amps as compared to other brands with a higher current rating. These higher currents lead to higher power losses = I2R losses which will lower the output of modules.

Going beyond 10 busbars would have led to a rise in metal shading losses thereafter, says the firm. With AXITEC 540 Wp modules, AXITEC promises lower BoS costing for  bigger-sized projects – a lesser number of inverters, cables, land area, pile foundation and civil work. The transportation costs too go down and O&M wont require much of an effort comparatively.