Aviation Ministry planning to build 146MW of solar across 143 airports 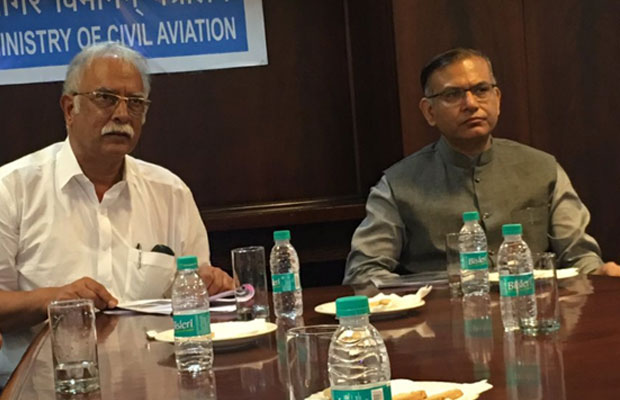 The Union Minister of Civil Aviation Ashok Gajapathi Raju recently reviewed the progress of energy and water conservation measures at Airports Authority of India (AAI) airports across the country. Airport Directors of 12important airports also attended the deliberations so that they could be sensitized to implement these initiatives at their respective airports.  The minister shared his plans to build 146MW of solar power plant across 143 airports.

AAI has already installed solar power plants at 16 airports with a total capacity of 5.4 MW. So far, 51 lakh energy units have been generated from these plants leading to a reduction of 4,600 metric tonnes in carbon emissions.

By December 2016, additional 24.1 MW of solar power plants will become operational at 11 more airports. In fact, the perspective plan of AAI targets augmenting the solar power generation to 116 MW by including 16 more airports.

The status and scope of water conservation, water-recycling and sewage treatment plants at the airports was also discussed at the meeting.

The airport director of Jaipur explained energy conservation measures recently undertaken at his airport including greater use of LED lighting, installing efficient air-conditioning equipment, energy efficient pumps and motors, as well as a 1MW rooftop solar power plant and a 1.8MW ground-mount solar plant both under construction. All airport directors were encouraged to adopt similar initiatives.