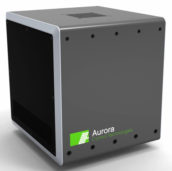 The company notes that purchaser of its Decima 3T Veritas Systems is a leader in photovoltaic Industry that previously qualified the Aurora Decima system as offering significant performance improvements over existing competitive systems.

Michael Heaven, Aurora’s CEO and Chairman stated that “the initial units will ship in early June and production will commence in early July. If the Aurora systems perform as expected, the purchaser has advised as to their interest in replacing all their existing units (8-10 systems) and standardizing on the Decima 3T with Veritas Software for all their announced new lines later this year (10-20 systems).”

Aurora also would like to announce that Gordon Deans, previously Chief Technology Officer of Aurora, has taken up Ayres’ responsibilities as COO. In addition, Aurora has appointed Wei Deng as Sales Director, Asia-Pacific, responsible for developing the company’s sales pipeline, defining the sales strategy and closing orders.