Aurangabad Municipal Corporation to Get Solar Panels on its Rooftop 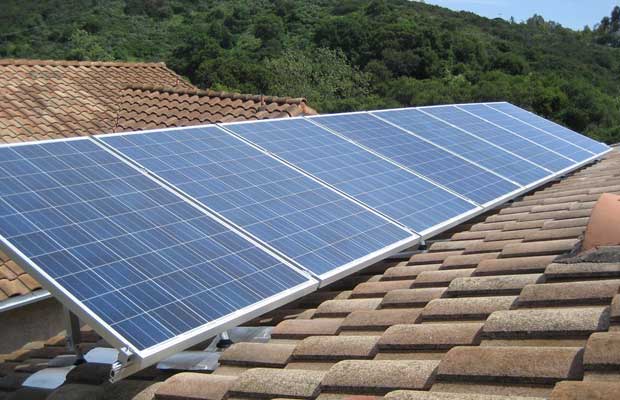 Solar panels will be installed on the rooftop of the main building of Aurangabad Municipal Corporation under the Centre’s Smart City scheme.

Power failure disrupting the municipality’s functioning may soon be a thing of the past, as the civic body has decided to tap into solar energy at its main administrative building. D M Mugalikar, Civic Chief, announced that solar panels will be installed on the rooftop of the main building under the Centre’s Smart City scheme. The project is set to be launched on June 25.

The Aurangabad Municipal Corporation (AMC) is looking forward to installing the solar panels to generate 80kW and run all electrical appliances in the building including air conditioners, fans and computers.

The civic body plans to install rooftop solar panels at a budget of around Rs 53.32 lakh, so as to save its spending on electricity charges which comes to around Rs 1.5 lakh a month for its main administrative building. The project expenditure is also inclusive of maintenance cost for the next five years.

The Maharashtra Energy Development Agency (MEDA) has designed the proposal to install the panels.

Sikander Ali, AMC’s executive engineer told TOI that under the phase I, the civic body will install solar panels at its main administrative block. “As the initial costs are too high, we will shift to solar energy in a phase-wise manner. We are going to recover the entire cost in three years, allowing us to replicate the system at our other offices, schools and hospitals,” he said.

The civic body has been working on the proposal for the past couple of years. In 2014-15, the city was shortlisted for the solar city project launched by Union ministry of new and renewable energy (MNRE).

Under the project, the civic body was looking forward to installing rooftop solar panels at civic offices, schools and hospitals. The previous UPA government had released the first installment of Rs 5 lakh for propagation of the solar energy concept in the city and it had assured of allotting a separate fund of Rs 50 lakh in a span of five years. However, the project has been gathering dust since the BJP government took over the Centre. Under the smart city scheme, the civic body has decided to tap the solar energy and save on electricity charges.