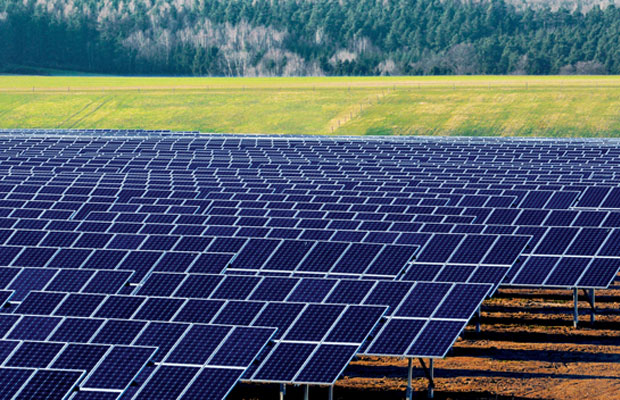 Frost & Sullivan in its new report reveals that Asia Pacific will be global leader for clean energy and clean energy markets will remain positive in 2017, in the face of global uncertainty.

The outlook for clean energy and environment markets in 2017 is seen to be balanced one with a slight positive inclination, despite the global uncertainty brought about by recent events. This follows a period of downward revisions to the economic growth forecasts and volatility in financial and commodities markets globally, impacted by the slowdown from China and oil prices slump over a two year period.

The Conference of Parties (COP22) discussions in Marrakech were clouded by Trump’s threat to pull the US out of the COP21 Paris climate change accord. While it may be difficult for the US to unilaterally scuttle the accord, since most of the world countries have affirmed their commitment to de-carbonization, the challenge lies in actually meeting the US$100 billion/year financial commitments and also agreement on the transparency of future climate monitoring.  However economics will drive the substantial investments in clean and green technologies, led by China and India.

“We expect 2017 to be a transition year for long term changes, globally. With the rising protectionism across the world, issue of energy security will once again come to the fore in Asia Pacific. This will accelerate adoption of clean technologies which can be harnessed locally and those that are less impacted by global policy & price fluctuations,” noted Ravi Krishnaswamy, Vice President, Energy & Environment, Asia Pacific, Frost & Sullivan.

Frost & Sullivan discusses key trends for 2017 across the energy and environment sectors including oil & gas, power, buildings and water, in Asia Pacific.

Despite the likely reduction of feed-in-tariff support in many countries including Australia, Japan, Philippines etc., Frost & Sullivan is forecasting a healthy growth for renewable technologies lead by solar PV at about 17.8% in 2017. Initiatives by the local governments to increase the access and quality of power supply, to both residences and industries, is aiding the growth of a range of distributed energy technologies such as biomass, solar PV, microgrids and small temporary power plants. The total distributed energy market is likely to be US$18.36 billion in 2017 in Asia Pacific representing a 14.0% year-on-year growth.

Frost & Sullivan also forecast Investment in distribution grid automation to increase, even while the smart meter market slows down in Asia. According to the research firm with nearly US$137 billion likely to be invested, the transmission and distribution sector will present the largest opportunity for power equipment majors, in an otherwise lackluster conventional power industry. With China’s rollout of smart meters having peaked, the market will depend on Japan’s ongoing implementation. Countries such as China, Japan, India and Thailand are also investing significantly in large distance ultra-high voltage transmission capacity to balance the grid, with increasing share of renewable energy.

China’s 13th Five Year Plan will be major stimulus for energy storage adoption says Frost & Sullivan. Even though Asia Pacific region is home to largest number of battery manufacturers, their adoption for utility energy storage application has been lagging behind North America and Europe. Numerous demonstration projects in Australia, India and Japan will make 2017 a turning point with innovative applications and business models being explored.