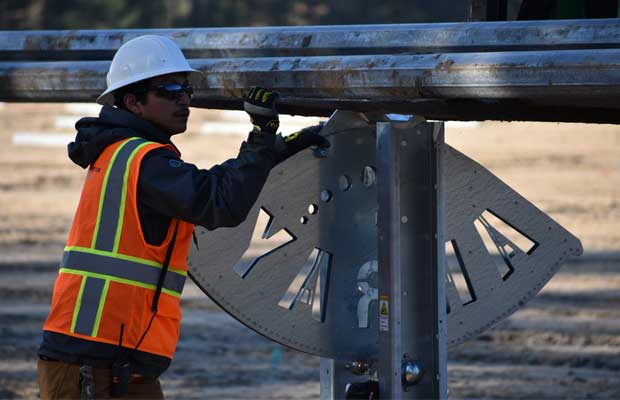 Array Technologies has entered in the MENAT region and opens an office in Sydney to expand its global solar energy target.

Array Technologies, the pioneer and global leader in reliable solar tracking solutions, is pleased to announce its expansion to the Australian market and the opening of its office in Sydney. On the heels of Array Technologies’ recent expansion to the MENAT region, the new Sydney office opening is another indicator of the company’s continued global solar energy leadership.

Over its 28-year company history, Array Technologies has expanded from its manufacturing base in the United States to become a global provider of time-proven tracking solutions – with six gigawatts, 375 projects and 12,000 gigawatt years of reliable operation in place today. Array now brings its expertise and innovative technology to the new and rapidly growing Australian solar market with the opening of a local Australian entity and a new business office in Sydney. Alan Brown will serve as sales director and general manager of the Sydney office, where he will lead the rapidly growing Australia-based Array Technologies team.

Array is the market leader in solar tracking systems in the U.S. and sets the industry benchmark for delivering the lowest cost of ownership to utility-scale projects. Array trackers are specifically designed to withstand challenging environments such as extreme temperatures, dust, wind, and snow. With decades of experience dealing with harsh environmental conditions in the United States, Array Technologies is prepared to take on unique conditions in Australia, such as cyclonic winds and challenging soils.

“Array Technologies is delighted to bring the world’s most reliable and innovative solar tracker to Australia – a country with abundant solar resources that is ideal for tracking systems,” said Ron Corio, CEO of Array Technologies. “The elimination of failure-prone components like sensors and batteries, coupled with our drive to continually streamline installation costs, makes our DuraTrack HZ v3 system the best value for solar energy stakeholders in Australia.’’

‘‘The Australian market has already shown a strong interest in Array’s lowest cost of ownership, zero scheduled maintenance over the 30-year product life, and high reliability,’’ said Alan Brown, newly appointed sales director and general manager in Australia. ‘‘With a proven track record and measured uptime of 99.996 percent, Array Technologies continues to be the lowest-risk option with the highest efficiency. We welcome the opportunity to engage and deliver world class projects to the Australian market.’’

Array Technologies will provide solar trackers for several large-scale utility projects across Australia, including Neoen Australia’s three recently announced PV plants in the state of New South Wales, Australia – Parkes (66 MW), Griffith (36 MW) and Dubbo (28 MW) Solar Farms. The projects will be built by Bouygues Construction Australia with expected completion by the end of the year. Array Technologies continues to make inroads into the Australian market with more utility-scale announcements on the horizon.

Array Technologies welcomes Australia to its international family of innovation and industry leadership with existing regional offices in the United States, MENAT, and South America.