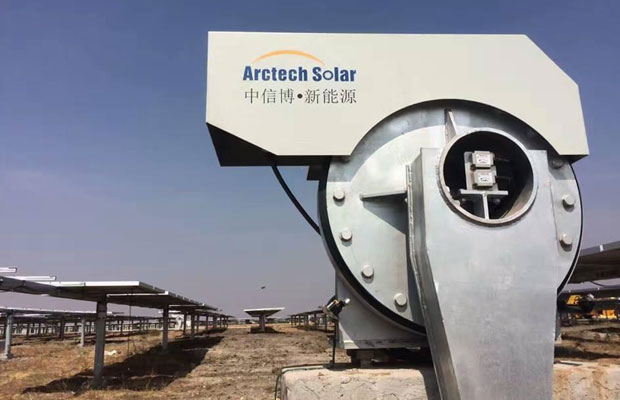 Arctech Solar’s sales volume has increased dramatically in 2016, and the company has also been adjusted No.1 leader in China and India with a total market share of 30% in Asia-Pacific PV tracker market.

According to the recent Global PV Tracker Landscape 2017 report published by GTM Research, Arctech Solar, a leading manufacturer and solution provider of solar tracking and racking systems, was ranked No.1 on the Asia-Pacific PV tracker supplier market share list with a total market share of 30%. This market share ratio has far exceeded other manufacturers in this region in 2016. Meanwhile, Arctech was also the No.1 leader in China and India. Being the only Chinese PV tracking manufacturer on the global list, these rankings are testimonials to Arctech Solar’s outstanding performance.

In recent years, the Asia-Pacific region is home to Arctech Solar’s gradual expansion in establishing its global market portfolio. Thanks to the Indian and Chinese markets’ increasing demands, Arctech Solar’s sales volume has increased dramatically in 2016. This also prompted Arctech Solar to climb to the Top 5 global PV tracker suppliers of the year. Furthermore, in the same report by GTM, Arctech Solar ranked No. 7 on the cumulative shipments of global PV tracker suppliers as of the end of 2016. The global rank indicates Arctech’s strong development in the global market.

Mr. Guy Rong, President of Arctech Solar’s international business division indicated that just last month; Arctech Solar was ranked Top 5 by IHS for tracker performance in 2016. “The rankings by these international research institutions show the competitiveness of Arctech Solar in an objective way. These rankings reflect that the tracker products made in China has gradually obtained attention and trust from global customers. Certainly, we realize that we still have a huge room for improvement. We will quickly carry out our internationalization process and put more efforts in other important markets.”

Almost halfway through 2017, Arctech Solar’s orders for trackers and fixed mounting structures have already surpassed last year’s total sales volume, meaning the company is making history once again with good performance this year, and is moving ever closer to its desired goals of being a leading tracking and racking systems manufacturer.