Apple, eBay, Samsung, and Sprint have announced a joint agreement to purchase power from a new wind farm developed by Apex Clean Energy in Texas 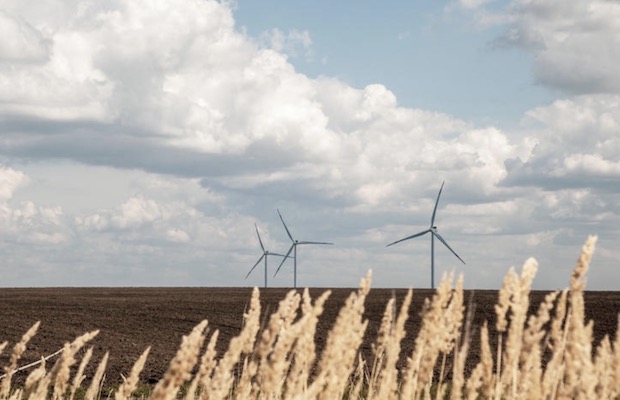 Apple, eBay, Samsung, and Sprint have announced a joint agreement to purchase power from a new wind farm owned and developed by Apex Clean Energy in Texas. The transaction—spearheaded by Apple, the largest purchaser in the innovative small-load energy aggregation space—totals approximately 75 megawatts (MW) of clean energy, enough to power the equivalent of 20,000 homes.

Shared energy purchases such as this allow companies to pool their energy demands and collectively support the addition of large-scale renewable energy projects to the grid. Apple brought together other technology leaders dedicated to responsible business practices—eBay, Samsung, and Sprint—in the aggregation agreement, which will enable all participants to access cost-effective, low-carbon renewable energy from the new project.

“We’re proud to be powering all of Apple’s operations around the world with 100 percent renewable energy and driving the private sector to support the clean energy transition,” said Lisa Jackson, Apple’s vice president of environment, policy and social initiatives. “Businesses of all sizes and of varying energy needs can help bring new, renewable energy online. This collaborative agreement in Texas is a model we hope others will replicate.”

Gil Heyun Choi, president of Samsung Austin Semiconductor said that the firm understands the responsibility of businesses to work together to support environmental sustainability and increase the share of renewable energy in its local markets. “We see this agreement as a landmark effort for cutting-edge semiconductor technologies and a demonstration of green manufacturing brought to scale.”

In September, we reported that Apple had announced that the China Clean Energy Fund, which it had launched along with 10 of its suppliers in China has invested in three wind energy farms in China with a combined generation capacity of 134 MW.

The fund which is a new, first-of-its-kind investment fund in China will connect suppliers with renewable energy projects in the country. The 11 members have pledged to invest nearly USD 300 million by 2022 to develop projects totaling 1 GW of renewable energy. The three wind farms in Hunan and Hubei province will generate approximately one-tenth of the anticipated overall project total.