Andhra Pradesh to Have Floating Solar Power Plant at Mudasarlova 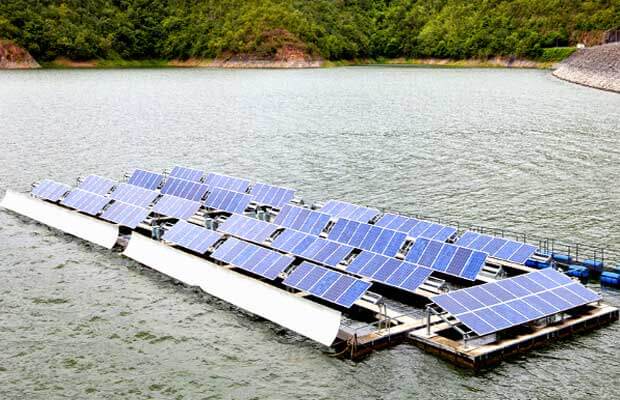 The project will have a power generation capacity of 2,000 kilowatt peak (KWp), nearly 20 times the capacity of the recently-launched floating solar power plant in Kayamkulam, Kerala. Besides being environment-friendly, the project reduces demand for land and makes use of the unutilized surface area of the reservoir. The solar panels will also help in reducing evaporation from the reservoir to some extent.

Mudasarlova reservoir is situated near Arilova Health City between Kailasakonda, Kambalakonda and Simhachalam hills. About 1 million gallons per day (MGD) of drinking water is drawn from the reservoir and supplied to about 6,000 households in the city. But since it is near residential colonies, garbage is often dumped into the reservoir.

“Though the technology is in its nascent stage in India, Kerala and West Bengal recently installed floating plants. The proposed capacity of Mudasarlova reservoir is higher than the other projects. The Greater Visakhapatnam Smart City Corporation Limited has issued a request for the project proposal,” a source said.

According to experts, floating solar panels have been found to be more efficient than land-based ones, but the challenge is in designing a system to make the panels withstand all weather conditions.