Amp Energy India has commissioned one of the largest BTM solar projects in India for L&T Metro Rail – Hyderabad. 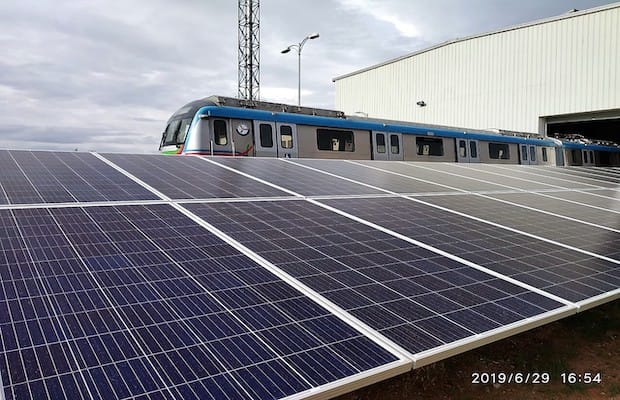 Amp Energy India has announced that it has commissioned one of the largest behind-the-meter solar projects in India for L&T Metro Rail – Hyderabad, a Public-Private Partnership (PPP) project between the Government of Telangana and one of India’s leading infrastructure company Larsen & Toubro.

The firm has installed a 7.805 MW solar plant supplying power to L&T in Hyderabad, Telangana for the metro project to supply solar power to its 24 stations and 2 depots in the city. The Power Purchase Agreement (PPA) with Amp for procurement of solar power is for 25 years and will generate 11,300 MWh of green energy in a year, equivalent to reducing approximately 8,000 MT of carbon emissions annually.

The Hyderabad Metro Rail Project will meet 15 percent of the total electrical consumption through solar power supplied by the project. The plant is one of the largest behind-the-meter solar projects in India. 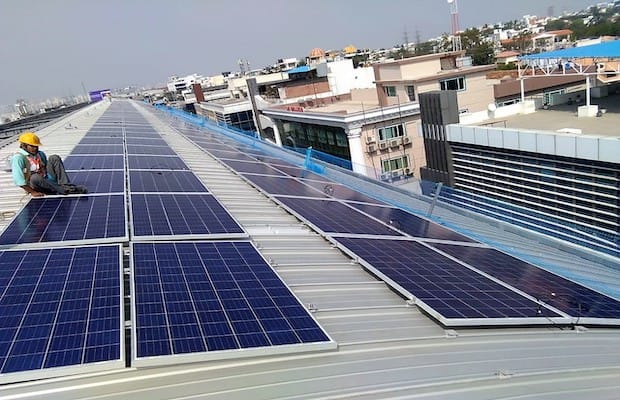 “Hyderabad is one of the fastest-growing cities in India with the metro playing a key role in providing efficient, safe and economical travel. This initiative will help us in reducing our carbon footprint and using green energy to partly power our operations. We are happy to partner with Amp for this project that has helped achieve our sustainability objectives,” K V B Reddy, MD and CEO, L&T Metro Rail (Hyderabad) Limited said.

The solar plant was fully commissioned on December 26, 2020, and the project execution was managed by following all compliances placed to manage the COVID-19 situation in India.

“Amp’s solar project for Hyderabad Metro Rail Project is a futuristic infrastructure project- a high-quality reliable RE system powering an eco-friendly and sustainable transportation system. We believe that projects like these will provide the right momentum for mass public transport across cities in India to switch to sustainable energy sources and help meet India’s climate goals,” Pinaki Bhattacharyya, MD, and CEO, Amp Energy India said.

Earlier in December 2020, we had reported that the firm had expanded Tata Hitachi’s solar plant to 10.5 MW making it the largest BTM (distributed RE) project in Eastern India. 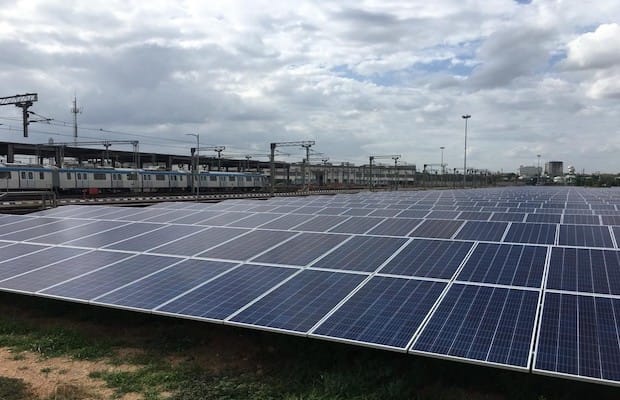 Tata Hitachi had partnered with Amp Energy to set up an onsite solar power unit at their facility in Kharagpur, West Bengal. The project was a repeat order to Amp Energy from Tata Hitachi, which already has an operational 5 MW solar project supplying power to Tata Hitachi at their factory premises in Kharagpur since 2018. With this project, Amp has expanded the capacity to 10.5 MW making it the largest behind-the-meter (distributed RE) project in Eastern India.