All future buildings of Delhi Metro will be designed to straight away accommodate rooftop solar panels, DMRC chief Mangu Singh has said. 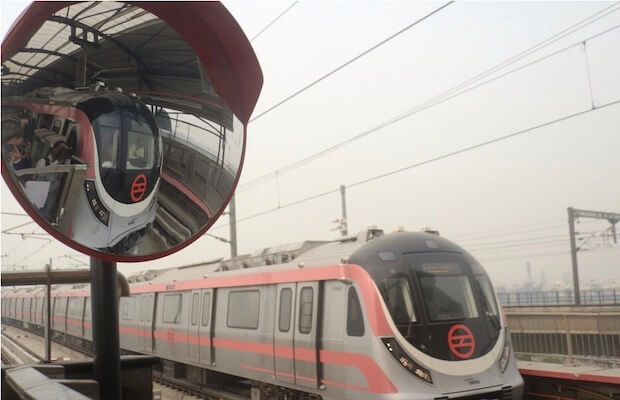 All future buildings of Delhi Metro will be designed to straight away accommodate rooftop solar panels and to eventually get top score from green building rating authorities, DMRC chief Mangu Singh has said.

Addressing a gathering at the fourth edition of National Conference on Green Metro Systems at Metro Bhawan here, he said, “The DMRC has been taking steps over the years to make the systems and operations more energy efficient. According to the green building initiatives, we have taken certain decisions, and all new stations shall be designed so as to get a platinum rating.”

The platinum rating is the highest rating given to structures by the Indian Green Building Council (IGBC) for adopting the best green practices. The IGBC, part of the Confederation of Indian Industry (CII), was formed in 2001. The vision of the council is “to enable a sustainable built environment for all and facilitate India to be one of the global leaders in the sustainable built environment by 2025”.

According to senior DMRC officials, 107 stations of the Delhi Metro have a platinum rating. With the inclusion of Rapid Metro in Gurgaon, the total operational network of the metro in Delhi and NCR stands at 389 km. The network has 285 stations, including those in the Noida-Greater Noida corridor or Aqua Line, officials said.

A senior Noida Metro Rail Corporation (NMRC) official has said that all stations on the 29.7-km long Aqua Line in Noida have been awarded platinum rating by the IGBC for adopting best green practices. The corridor, which opened in January this year, connects Delhi with the neighbouring city, and starts at Sector 51 in Noida and ends at depot station in Greater Noida.

“All 21 stations of the NMRC (Aqua Line) have been given the platinum rating by the IGBC. The council has given us the highest rating as we fulfilled over 80 percent of the criteria set by it,” the senior official of NMRC said on the sidelines of the conference.

In April earlier this year, the Delhi Metro Rail Corporation (DMRC) announced that the corporation which was then sourcing nearly 60 percent of its electricity needs from solar energy, plans to drive up that number to meet all its energy needs from clean energy sources by 2021. Becoming the world’s first 100 percent ‘Green’ energy metro rail network.