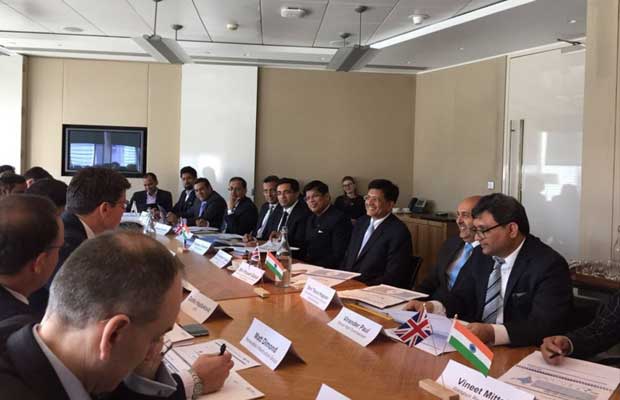 India is all set to become the largest energy market representing the aspirations of a billion plus people in the coming years. The growth story of the country is more significant in view of the global scenario when most developed economies are witnessing a declining trend in their energy demand.

Power, Coal and New and Renewable Energy Piyush Goyal speaking on Tuesday at “Investors Roundtable on Renewable Energy” organized by the Confederation of Indian Industry (CII) in London said “India, which is projected to see its demand quadrupling in the coming years will also lead the way in scaling up energy efficiency in line with its commitments towards combating the challenges of climate change. He further added “the idea is to make power available to all at affordable prices. Our policies have to make a difference to the last man at the bottom of the pyramid and change his life for the better.”

Calling on investors in UK, the minister said that India and UK are natural partners and a deeper engagement can lead to a win win for both nations and economies. India will gain from new technologies, while UK can make the same technologies more accessible by manufacturing in India, capitalizing on Indian skills and the scale to bring down costs.

India has set a renewable energy target of 175 GW of renewable energy by 2022 that comprises 100 GW of solar and 60 GW of wind capacity. In a bid to bring the global community together on a larger platform of cooperation, PM Modi launched the International Solar Alliance in November last year on the sidelines of COP 21 at Paris. The International Society of Automation (ISA) will try and bring the advantages of progress and technological advances to the larger community.

Goyal said, “We believe that we have to play our role in helping countries that have been left behind in the development journey and this can be done if the global community comes together.” He further added “Sometimes such decisions come at a cost but such costs have to be paid for a better and sustainable future.”

Elaborating on how India is leading from the front on issues relating to climate change, the Minister said that India is among the few nations that has imposed a carbon tax even as measures are being taken to scale up energy efficiency and de carbonize the transport industry. “With India selling 770 million LED bulbs everyday India will soon become the LED capital of the world. Prices of LED bulbs have come down to 55 pence from over £3.5 two years ago,” said Goyal.

For a country like India, replacing petroleum fuel is even more important as this would reduce import dependence and ensure energy security.