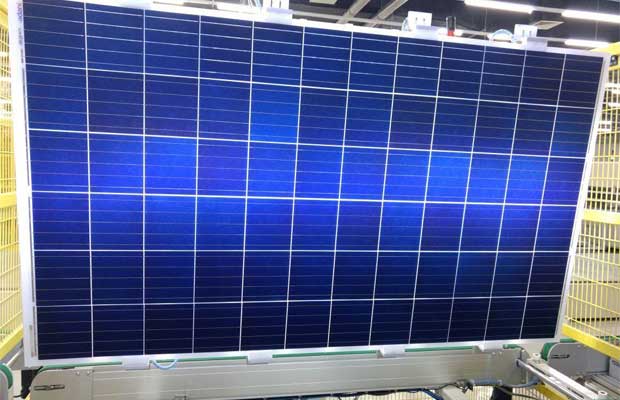 Adani Mundra Solar PV Ltd has successfully made their first 5BB modules in the company’s module production line using their own cells.

Adani Mundra Solar PV Ltd has successfully made their first 5BB modules in the company’s module production line using their own cells.

Johannes Rostan, CTO- Adani Mundra Solar PV Ltd. on a networking site notes that the whole production will change to 5BB in the months to come. This is an important step for the company to reduce cost on cell level and increase efficiency/module power as well as improve module reliability.

According to the post the company has used made in India cells manufactured in Mundra. Johannnes notes that one level above the module lines the company have 1.2 GW of cell manufacturing capacity, multi and mono.

An estimated investment of more than $300 million is expected to be made by East Hope Group in India, as part of the proposed cooperation between the two conglomerates.

According to the statement, the MoU is proposed to convert into a definitive agreement within a period of 180 days and would cover areas of specific cooperation outlined as per agreement between the two sides.

As part of the proposed cooperation between the two companies, the estimated investment of more than US $300 million is expected to be made by the East Hope Group in India.