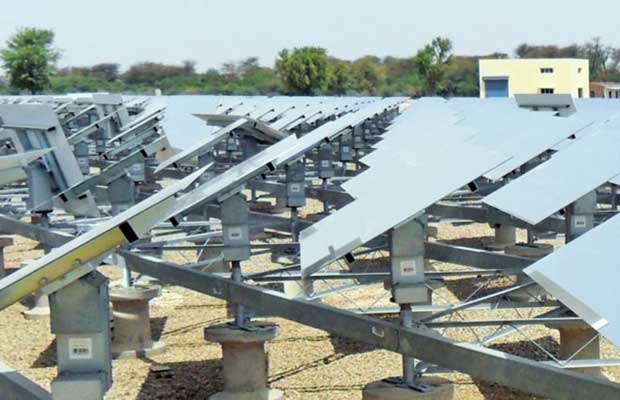 ACME has announced that it has bagged tenders for developing 200 MW solar power projects during separate tenders conducted by SECI and NTPC in Andhra Pradesh and Telangana, respectively.

ACME won the largest share of 150 MW out of 400 MW in Andhra Pradesh at fixed tariff of Rs. 4.43 per unit in addition to Viability Gap Fund of Rs. 55 Lakh per MW. The tender was floated by SECI under JNNSM Phase II Batch III.  The company will commission the project within 13 months from the date of signing of the PPA with SECI and will generate approximately 7500 Million units during its 25 years tenure and supply power to AP Discom through SECI.

ACME also won 50 MW at the NTPC tender floated in the state of Telangana.   NPTC, under JNNSM called in for bids to develop 350 MW under ‘Open Category’.  ACME bagged the 50 MW project at a tariff of Rs. 4.67 for 25 years.  The project will be commissioned within 13 months from date of signing of PPA with NTPC.  The project is expected to generate around 2500 Million units during its 25 year tenure. The company will supply power generated to Telangana Discom through NTPC.

Commenting on the occasion, Manoj Kumar Upadhyay, Founder & Chairman, ACME said, “After bagging this tender, our overall portfolio has expanded to 1519 MW. Through this tender, we have further consolidated our position in the country’s solar map as the leading Solar Power Developer. Our group stands committed towards building a green eco system for the country and thereby contributing substantially towards climate change. We are moving in the right direction and shall demonstrate our commitment towards nation building through greener way”.

ACME has expanded its existing portfolio to 1519 MW which includes; 490 MW in Telangana, 310 MW in Andhra Pradesh, 104 MW in Punjab, 100 MW JNNSM Phase II Projects in Rajasthan and other projects in the states of Gujarat, Madhya Pradesh, Rajasthan, Odisha, Bihar, Uttar Pradesh and Chhattisgarh.  ACME aims to commission 960 MW of projects by March 2017 and aims to generate 7500 MW by the year 2019.