Acciona Posts 13.7% EBITDA for Energy Business Despite 9.5% Drop in Turnover

Spanish conglomerate group Acciona has reported its financial figures for the financial year 2019, recording a net profit of EUR 352 million in 2019 (+7.2%) 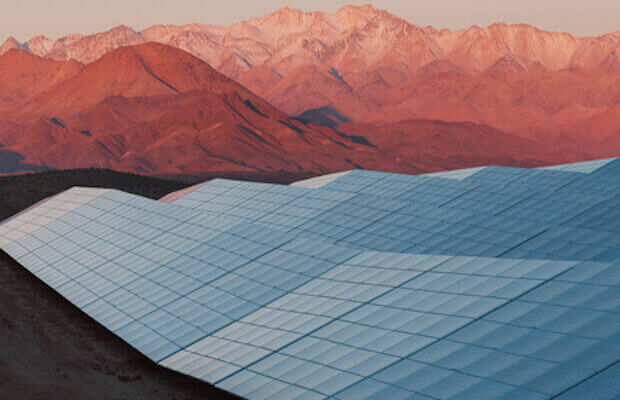 Spanish conglomerate group dedicated to the development and management of infrastructure and renewable energy – Acciona has reported its financial figures for the financial year 2019, recording a net profit of EUR 352 million in 2019 (+7.2 percent). The company also reported that its Energy division’s turnover reached EUR 1.99 billion (-9.5 percent) last year. This figure reflects a reduction in hydraulic production in Spain, due to lower rainfall levels. The sum also includes the sale of various CSP installations in 2018. Nonetheless, EBITDA amounted to EUR 845 million (+13.7 percent) thanks to the contribution of new generation assets.

The firm has reported that in the 12 month period, its installed capacity increased by 469 MW with new energy plants in the USA (145 MW), Chile (251 MW) and Ukraine (76 MW). In Spain, a concession for a small hydraulic installation (3 MW) expired. By the end of the year, the firms’ installed capacity had climbed to 10.1 GW: 56 percent in Spain and 44 percent in international markets, with a total annual production of 22,991 GWh. The company currently has a potential portfolio of new projects that totals over 13 GW.

Besides this the firm has also reported that excluding corporate operations closed in 2018, profits increased by 60.3 percent. Reflecting the company’s growing operating efficiency and solid growth in business margins, as part of a strategy aimed at providing sustainable solutions for customers.

At year-end, 93 percent of the company’s investments and 83 percent of its gross operating profit (EBITDA) qualified as “low carbon” activities, according to the EU’s new taxonomy of business activities. Its turnover for the year reached EUR 7.2 billion (-4.2 percent) and the company significantly improved its gross operating margin (18.9 percent, +2.3pp). EBITDA amounted to EUR 1.36 billion (+9.0 percent).

Throughout the year, the company’s overall investment increased to EUR 1.24 billion. The Energy business accounted for the largest portion of investment (EUR 509 million). 2019 saw the installation of 471 MW, with a further 835 MW under construction, mainly in Mexico, USA, Australia, Chile and Ukraine. Additionally, the company subscribed to Nordex’s 10 percent capital increase (EUR 99 million).

Tags: Acciona, Finance, International, Renewable Energy, Spain
"Want to be featured here or have news to share? Write to info[at]saurenergy.com