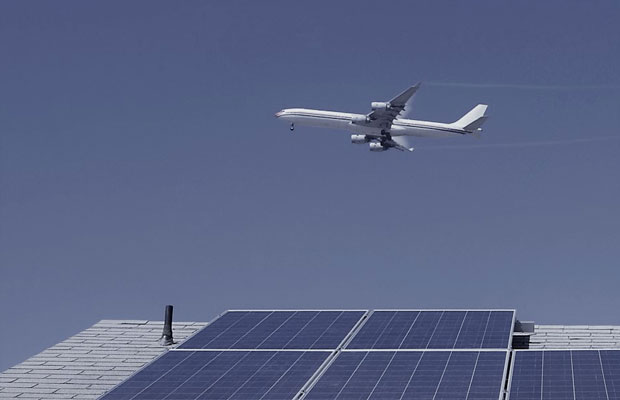 AAI has completed installation of solar power plants at 29 airports/locations with a total capacity of 12.84 MWp.

Minister of State in the Ministry of Civil Aviation Jayant Sinha in written reply to a question in Lok Sabha said the Government of India encourages development of green airports. The minister added in order to develop airports in Andhra Pradesh as green airports, AAI has commenced installation of 1MWp solar power plant at Tirupathi and Vijaywada Airports. The Airports Authority of India (AAI) has set up Solar Power Plants at various locations/airports for its captive power consumption based on the capacity permissible under Net-Metering policy of States. AAI has completed installation of solar power plants at 29 airports/locations with a total capacity of 12.84 MWp.

Earlier, the Cochin International Airport Limited (CIAL) became the first airport in the world, to be completely powered by solar energy. Recently Cochin International Airport Limited (CIAL) also announced its plan to amplify its solar generation capacity further this year from 22 MW to 30 MW by fully commissioning its solar carport and solar panels at the Chengalthodu canal. Furthermore, CIAL plans to generate a total of 100MW by 2020 from all their solar and hydro energy projects.