A Pathway Towards Hydrogen Fuel Cells In Hot, Dry Conditions 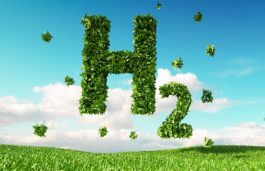 As we already know that Hydrogen produced from renewable, nuclear, or fossil fuels with carbon capture, utilization, and storage can help to de

carbonize industries and provide environmental, energy resilience and flexibility across multiple sectors in the economy. And to achieve this, fuel cells are a promising technology that converts hydrogen into electricity through an electrochemical process, emitting only water.

The project leader Dr. Yu Seung Kim from Los Alamos highlighted the need for regular technical innovations for next generation fuel cell platform towards heavy duty applications as one of the key technical challenges of current fuel cells is heat rejection from the exothermic electrochemical reactions of fuel cells.

He added that his team has already developed an ion-pair coordinated membrane in 2016 and now they have the challenge to improve the performance of high-temperature membrane fuel cells. The ion-pair polymers are good for use in the membrane, but the high content of phosphoric acid dopants caused electrode poisoning and acid flooding when we used the polymer as an electrode binder. Later after rigorous research and brainstorming the current fuel cells is developed by the researchers whose heat rejection requirement is met by operating the fuel cell at a high cell voltage. To achieve an efficient fuel-cell-powered engine, the operating temperature of fuel cell stacks must increase at least to the engine coolant temperature (100o C).

How a Butterfly has Helped in Making an Upgraded Hydrogen Sensor?
Also Read

The team has developed a new synthesis for a phosphonated poly (pentafluorostyrene). And, this polymer showed a good proton conductivity being higher than Nafion in the temperature range >100°C, and an unexpected excellent chemical and thermal stability of >300°C. And later in the group have developed high-temperature fuel cells to use with the phosphonated polymers.