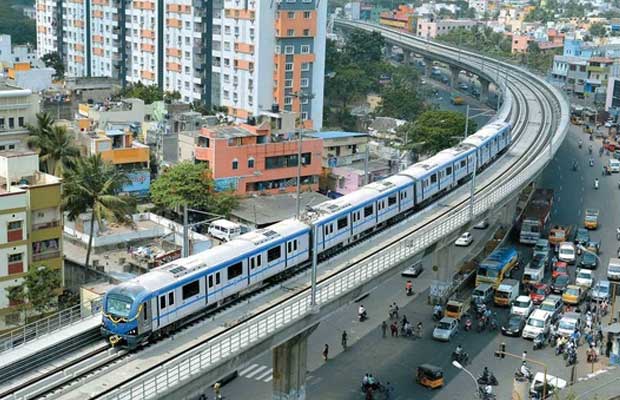 Chennai metro stations will soon go green. Rooftop solar panels will be used to run facilities at the stations as well as for maintenance of trains.

Chennai Metro Rail Ltd. has signed a contract with a private company to install 6 MW Rooftop Solar Panels in its all metro stations. The metro’s Koyambedu building already uses solar panels that help in saving the CMRL’s Rs 1 crore a year, and the additional clean energy is expected to reduce expenses further.

A Mumbai-based energy solution provider won the contract to install solar panels with a capacity of 6 MW on rooftop of all the metro stations in Chennai. The energy produced will be used for lighting, escalators, elevators, air-conditioning systems and electrical items used for public convenience.

CMRL first began using clean energy when it installed Rooftop Solar Panels with a capacity of 1MW at its administrative building in Koyambedu last year. The 5,000 units generated per day from the 1MW grid power the administrative office and for train maintenance work. That installation, it was believed, would help CMRL save more than Rs 1.12crore each year.

Around the same time, CMRL also identified about 25 locations spread over more than 1.4 lakh sq m. According to CMRL, the contractor is expected to design, manufacture, supply, install, test and commission the solar PV panels.

An official told TOI the company is also expected to maintain the system for a certain period. In elevated corridors, solar panels will be installed above the stations and underground, they will be installed on top of the ancillary building.

The Rooftop Solar Panel system is expected to meet 90% of the annual energy requirements depending on the area available. The remaining energy requirement will be met by drawing power from the general grid. Officials told the publication that priority for utilizing the clean energy would be given for internal consumption. The excess power may then be exported to the grid.