5 Lakh Govt Cars to be Replaced by E-Vehicles: Javadekar

Prakash Javadekar further said that “the government is promoting e-mobility by taking a lead in changing the fleet of the existing petrol and diesel cars used for official purposes with electric cars.” 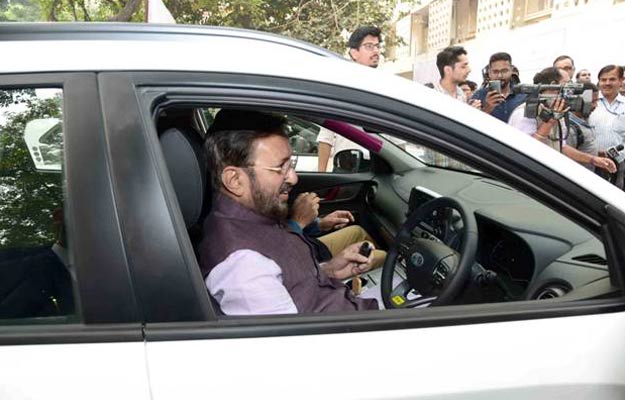 With an aim to showcase government’s efforts towards promoting e-vehicles in India, Union Minister Prakash Javadekar on Friday said that the government will convert its current fleet of five lakh vehicles on conventional fuel to electric vehicles (EVs) in a phased manner.

The Union Minister for Environment, Forest & Climate Change (MoEF&CC) and Information & Broadcasting (I&B), Prakash Javadekar was speaking at an event in New Delhi.

Prakash Javadekar further said that “the government is promoting e-mobility by taking a lead in changing the fleet of the existing petrol and diesel cars used for official purposes with electric cars.”

He added “the current 5 lakh vehicles that are used by the government and its agencies across the country will be replaced by e-vehicles in a phased manner.”

The I&B Ministry said in a statement that, it is expected that the positive outcome of replacing existing petrol and diesel cars by e-vehicles will save 832 litres of fuel per annum; and will reduce carbon dioxide (CO2) emission of 2.23 million tonnes every year.

As per the NITI Aayog report, India can reduce energy demand by 64 percent and carbon emissions by 37 percent with the help of connected, shared and electric passenger mobility across the country by 2030.

The Minister also expressed his commitment to use e-vehicles as part of his daily routine.

On pointing out Delhi/ NCR’s air pollution Javadekar further said that, opting for e-vehicles is a step in the right direction towards combating air pollution.

He also expressed his displeasure over recent politics and blame game done over the Delhi pollution issue. He stated that it is of utmost importance that one must unite and fight against pollution “the Central Government has shown the way in making all five state governments sit together and find solutions towards curbing air pollution.”

The minister also appealed for synergy and cooperation in dealing with pollution and said that it should be the way forward, instead of resorting to politics and blame game.