Scotra, a local South Korean floating PV specialist has completed construction of a 41 MW floating solar installation for the Korea Water Resources firm. The plant has been built on a reservoir of the Hapcheon Dam in South Korea’s Gyeongsang province. South Korea has set itself a target of 2.1 GW of floating solar by 2030.

For South Korea, which has been relatively underrated in its renewable energy progress, the floating plant is the largest such plant in the country for now. Local star and module major Hanwha Q Cells supplied it Q.Peak Duo Poseidon modules with Scotra providing the structures. 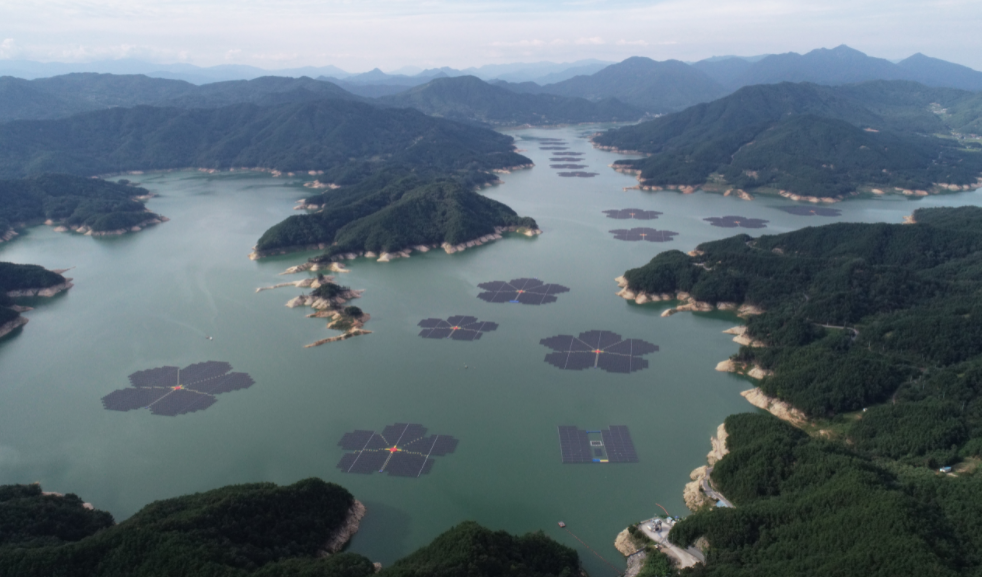 The promoters hope the make the plant a tourist attraction, and it has been designed like a flower/s.

Scotra has also built a 25 MW floating solar plant at a reservoir in Jeollanam province in South Korea, besides smaller arrays elsewhere.

Currently, it’s biggest ongoing project is the 72 MW project at the Saemangeum dam on the Yellow Sea.

In giving a 2050 net zero target, the South Korean government had pledged to take the share of renewable energy  from 7 percent to 30 percent by share of generation by 2030. It is a target that many consider not ambitious enough, considering the much higher levels of industrialisation and per capita income the country has when compared to most large Asian peers other than Japan.