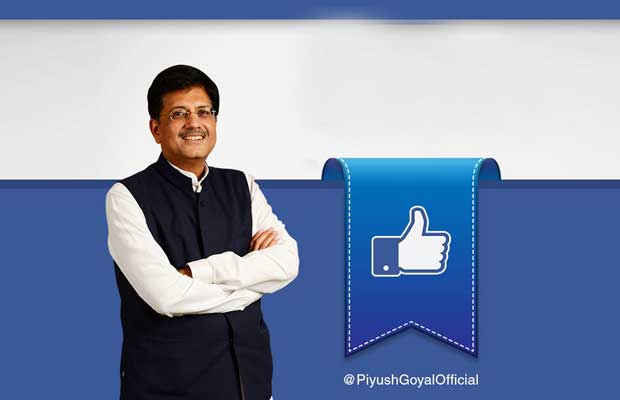 Power, Coal, New & Renewable Energy and Mines, Minister Piyush Goyal in Lok Sabha on Thursday said that a total of 3019 MW of solar energy capacity addition was recorded during the year 2015-16.

The minister shared that World Bank has recently approved a total amount of US $ 625 million consisting of World Bank loan of US $500 million, Clean Technology Fund (CTF) loan of US $120 million and a CTF Grant of US $ 5 million for Grid-connected Rooftop Solar Programme. The Ministry of New and Renewable Energy (MNRE) has also submitted a proposal to Ministry of Finance for the World Bank Financing of US $200 Million for Internal Infrastructure development of Solar Parks.

The registered increase in solar energy capacity provided by the Minister is as follows:

Goyal also shared at Lok Sabha that an agreement for the Rooftop loan was signed between the World Bank and the State Bank of India (SBI) on 30th June, 2016.

World Bank in June also announced to provide more than $1 billion to help the country along the path towards 100 GW of solar capacity by 2022.

India is the largest client of the World Bank Group. Between 2015 and 2016, the Group lent around $4.8 billion to India.

These solar investments for India combined would be the Bank’s largest financing of solar for any country in the world to date.