3000 Indian villages to get electricity through renewable energy sources under the DDUJGY scheme: Piyush Goyal 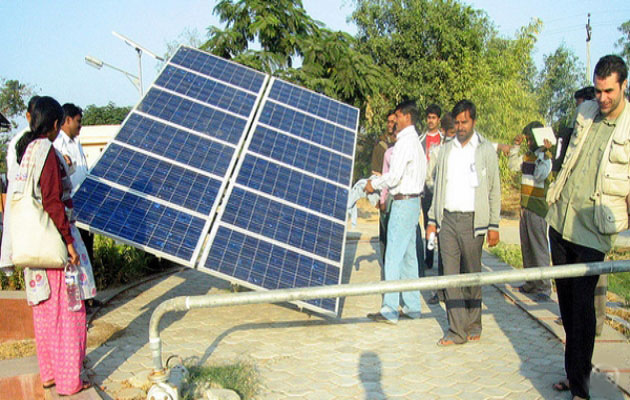 Union Finance Minister Arun Jaitley in his budget speech on Monday proposed to assist proliferation of start-ups through 100% deduction of taxes on profits for three out of five years. A patent regime 10% rate of tax on income from exploitation of patents to give fill up to entrepreneurs for adoption of new technologies in RE sector was also mentioned in the budget.

Addressing the journalists here in national capital Goyal said “solar pumps for irrigation and the pumps based on biomass likely to get the fill up in 28.5 lakh hectares which is to be brought under irrigation.”  He further added “solar lamp has been exempted from excise duty from 25% to NIL and Basic Custom duty on Industrial solar water heaters increased from 7.5% to 10%.”

Early this week government announced to set up 33 solar parks across the country to reduce the production cost of solar power.

Tags: 3000 villages to be electrified, Budget 2016-2017, Make in India, Minister of State (IC) for Power, Piyush Goyal, Renewable Energy, Solar Energy, Solar Power
"Want to be featured here or have news to share? Write to info[at]saurenergy.com