2018 was a record-breaking year for wind turbine manufacturers in Africa, boosted by strong demand and supply in South Africa. 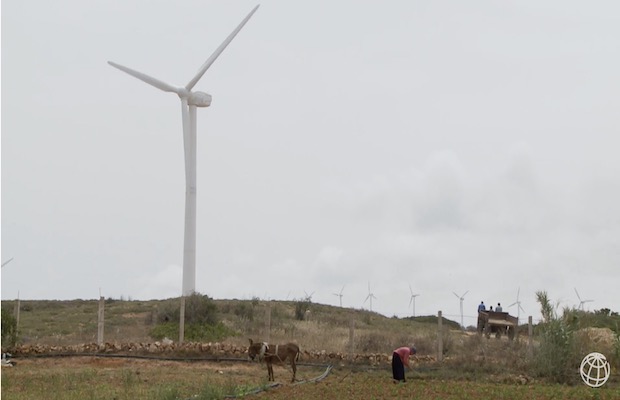 As noted in the report, Africa wind power market outlook 2019′, construction activity in South Africa will peak at more than 1 GW of capacity in 2020 and 2021 as developers race to operationalise projects that were awarded through bidding window 4 in 2015. In the longer term, the country’s Integrated Resource Plan is expected to target more than 10 GW of additional wind power capacity through 2030, while President Ramaphosa’s proposed reforms for the power sector will create a more favourable environment for renewable energy deployment.

“Africa’s most industrialised economy, South Africa, boasts its largest wind power market, with 2.1GW of operational capacity as of Q1 2019. Issues with governance that took place in 2016 and 2017 were bad news for the local wind market, as no new additions were recorded in 2018. However, installations are expected to recommence in 2019 with 130MW of new capacity additions on tap, though potential project delays jeopardise that capacity and limit any upside potential for additional capacity. Growth prospects improve thereafter, with more than 1GW of capacity expected in 2020 and 2021 combined. This outlook is supported by ongoing construction activity, peaking in 2020 as IPPs race to achieve commercial operations,” said Sohaib Malik, Wood Mackenzie Power & Renewables Senior Analyst.

Developers only commissioned projects in 4 markets in Africa during 2018.

“The 310MW Lake Turkana project, the largest single installation on the African continent, was connected to the grid in Kenya after a year-long grid construction delay. Nareva Holding built the 205MW Aftissat wind project, utilising SGRE turbines. Lastly, the New and Renewable Energy Authority (NREA) of Egypt commissioned the final segment of its Gulf of El-Zayt extension, adding 120MW of capacity in 2018. Cumulative wind power capacity in Africa stood at 5.5GW by the end of 2018.

“Africa’s wind project pipeline stands at 18GW as of Q1 2019. The project realisation rate, however, remains low in the region due to a host of challenges faced by developers. As some governments took measures to address these issues, the regional market is expected to recover and grow exponentially between 2019 and 2021. This growth is underpinned by a five-fold increase year-on-year in turbine order intake in 2018 and 6.5GW of wind capacity in advanced stages of development. The scale of the development pipeline underlines the ability of the continent’s largest wind markets to grow in a sustained manner, providing a blueprint for emerging markets to tap their wind potential and fuel economic growth,” added Malik.