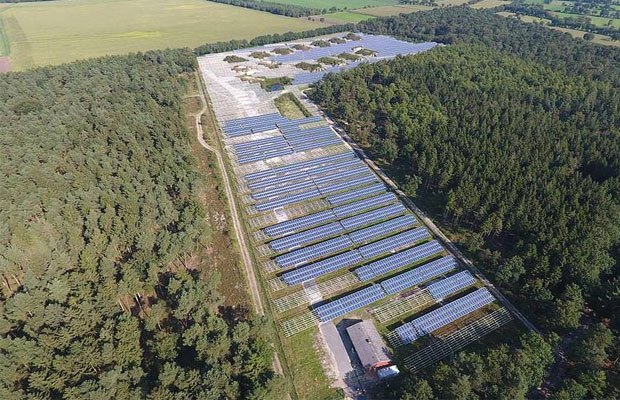 WINAICO, a subsidiary of Taiwan based solar module manufacturer Win Win Precision Technology was chosen by PV Conception GmbH from Germany to be module supplier for a 2,2 MWp photovoltaic system. The solar modules will be supplied on the area of a former ammunition depot of the Federal Armed Forces in Lower Saxon Wittmund. Before the high-performance modules of WINAICO were installed, more than 22.000 damaged amorphous silicon modules from a Chinese manufacturer had to be removed.

The system size with more than 22.000 thin film modules was 2,2 MWp, while the newly installed more than 8.500 WINAICO solar modules generate 2,2 MWp as well. The module type installed is WINAICO’s polycrystalline project module WST-206P6 with 260 Wp. The time for completion came to six weeks.

“The fact that all the Chinese thin film modules were damaged and had to be replaced is no good publicity for photovoltaics. The more important it is to select high-quality solar modules for the replacement. It was quickly becoming clear that we place the order with WINAICO. We have a strong and longtime partnership with WINAICO and are very positive about the quality of their modules. Not only our experience with WINAICO in the processing of orders, but also the excellent performance data of WINAICO’s solar modules made us reach this decision”, said Kim Radermacher, Managing Director of PV Conception GmbH.