Over 156 households have been connected to the Solar Power Grid in Ghatpendhri in the buffer zone of Pench Tiger Reserve (PTR) in Maharashtra. It is the first village in the buffer zone of any tiger reserve in the country to get a renewable energy project known as Kiran Prabha Solar Mini Grid, generating 2.4kV power. 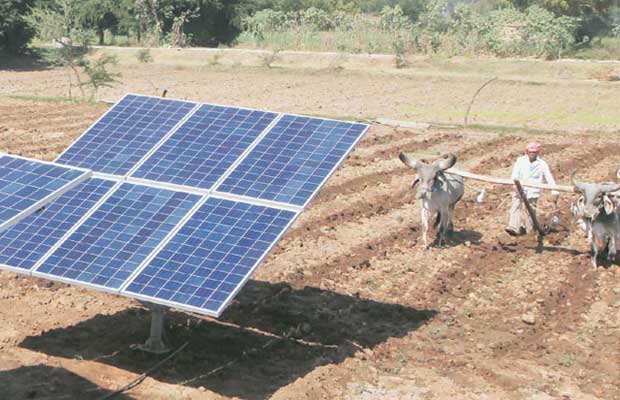 The first phase was commissioned in September by chief wildlife warden Shree Bhagwan, in which 15 street lights and 76 households and one forest gate were added with solar lights and mobile charging facility. In the second phase completed on December 20, 75 poles were installed connecting 80 houses and 1 forest stay quarters.

Ghatpendhri, 110km from Nagpur, had to go 40-50km to recharge their mobiles when power went off and had to live a scary life in the darkness due to presence of wild animals. Today, the village is running on a mini solar power grid and people are happy.

Currently, the village gets power from Madhya Pradesh. All the villagers are tribals below poverty line (BPL). During power cuts, they use kerosene lamps, which is not only unhealthy and risky but costly too.