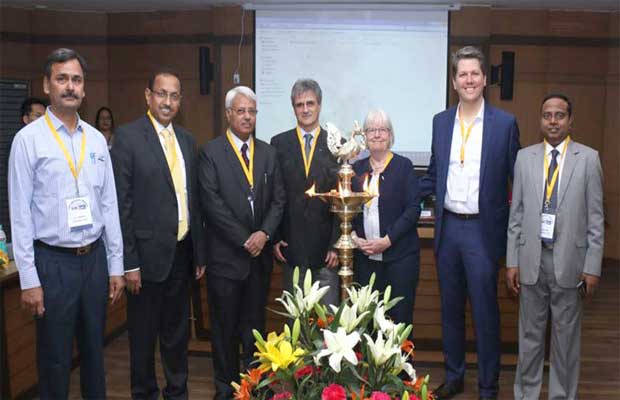 This is the first ever Executive Committee Meeting of ISGAN being held in India and would have multiple sessions on 6th, 7th and 9th March, 2017

The Ministry of Power, Government of India is hosting the 13th Executive Committee (ExCo) Meeting of the International Smart Grid Action Network (ISGAN) at POWERGRID Corporate Center, Gurugram. This is the first ever Executive Committee Meeting of ISGAN being held in India and would have multiple sessions on 6th, 7th and 9th March, 2017. The ISGAN ExCo was opened by Michele de Nigris, Chair, ISGAN Presidium, I.S. Jha, CMD, POWERGRID and Dr. Arun Kumar Verma, Joint Secretary (Distribution), Ministry of Power by lighting the lamp. In the inaugural session Verma, shared India’s training modules on Smart Grids and Model Smart Grid Regulations for guidance of the ISGAN Community.

Smart Grid implementation in India would get a boost from deliverables obtained through decisions and actions taken in 13th ISGAN ExCo Meeting as ISGAN aims to improve the understanding of smart grid technologies, practices and promote adoption of related enabling government policies. The dynamic knowledge sharing, technical assistance and project coordination and periodic ISGAN reports on progress and projects being undertaken in the field of Smart Grids across the world would also be helpful in suitable deployment of Smart Grid technologies in India.

ISGAN is an agreement under International Energy Agency (IEA) and consists of representatives from 25 countries across the globe. India is one of the founding Member of ISGAN and Joint Secretary (Distribution), Ministry of Power, is the member representative of India. ISGAN creates a mechanism for multilateral government-to-government collaboration to advance the development and deployment of smarter electric grid technologies, practices and systems.