Out of the solar power target achieved in April-July period, ground mounted solar capacity amounts to 1304.57 MW and roof top solar capacity is reported at 159.59 MW. 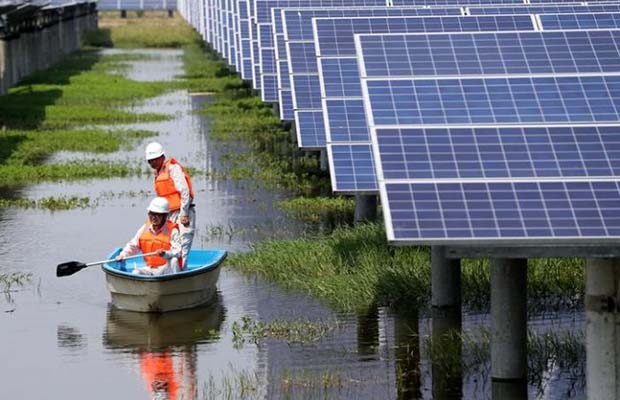 Ministry of New and Renewable Energy (MNRE) has released the program wise renewable energy achievements met in the first quarter of financial year 2018-19 including the month of July.

Significantly, the country has achieved 13 percent of the solar power target for the financial year 2018-19 in the first four months of the year.

The ministry has substantially installed 1463.59 MW of Solar Capacities against the annual target of 11,000 MW which brings the cumulative solar capacity to 23,115.07 MW.

Further, out of the target achieved in April-July period, ground mounted solar capacity amounts to 1304.57 MW and roof top solar capacity is reported at 159.59 MW.

This achievement is in line with the country’s target of 100 GW solar capacities by 2023 as the ministry has been aggressively tendering contracts for grid connected solar power plants in the country in order to meet the target.

Also, the ministry claims to have installed 257.12 MW of Wind Power capacities in the same period which counts for around 6 percent of the wind power target of FY 2018-19 i.e. 4000 MW.

However, other renewable energy targets are mentioned to be on a slower pace.

Targets for Small Hydro power plants are reported to have reached 3 percent of the yearly target of 250 MW whereas Biomass Energy is claimed to be moving on a sluggish path with only 14 MW installed in the mentioned period.

Tags: India, MNRE, Solar Power, wind power
"Want to be featured here or have news to share? Write to info[at]saurenergy.com