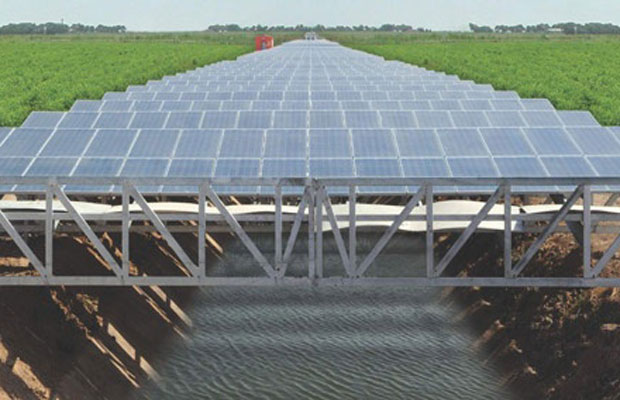 A 10 MW solar PV project has been commissioned on the Teesta canal bank of West Bengal under the Central Government’s scheme for Canal-top and Canal bank projects. It is worth noting that this is the first 10 MW canal-bank project to be commissioned under the scheme.

The Plant has been inaugurated by Chief Minister of West Bengal, Mamata Banerjee. The Central Government has approved 100 MW solar power project for implementation across 8 states on Canal-top and Canal bank under National Solar Mission.

Apart from a 1 MW canal-top project that was commissioned in Andhra Pradesh earlier in the year, all other projects are under various stages of implementation.

The 10 MW commissioned project, located between Mahananda Main Canal and Tailrace Channel of Teesta Canal Fall Hydroelectric Power Plant, is owned by the West Bengal State Electricity Distribution Company Limited (WBSEDCL), and was developed at a cost of Rs. 63.79 Cr. Power produced by the solar power plant on Teesta Cana would be used by WBSEDCL for captive consumption.