Home » In Talks » The Charging Infrastructure Issue is an Overhyped Problem: Inderveer Singh

The Charging Infrastructure Issue is an Overhyped Problem: Inderveer Singh

Mobility tech startup EVage plans to soon launch the first home-built electric vehicles with a common platform for vans, delivery vehicles, trucks and SUVs. With the help of a team of scientists and aerospace engineers, the vehicles will have an “exoskeleton structure” that will not only enable it to launch multiple car variants on a single common platform, but it will also provide lightweighting and energy efficiency, according to Inderveer Singh, Founder and CEO of Evage. Biman Mukherji spoke to him at length about the design and technology of the new vehicles as well as the emerging energy landscape to support electric vehicles in India.

Q. What are the biggest challenges confronting India’s EV sector in terms of energy efficiency and costs? How do you see your vehicles filling this gap? 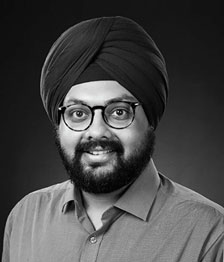 When we talk about EV adoption in India, one the cost of the battery becomes the most critical function in pricing of vehicles. We need to look at how to localize the supply chain. Even if you set up a battery plant, we will still need to import the expensive chemicals that go into the pricing of the cells. Currently we are with the industry as far as pricing of cells is concerned. But what we have focussed extensively on is lightweighting of vehicles. Our focus has been on lightweighting so that we can draw out more efficiency from the vehicle and more range using less battery energy.

Apart from that we have worked a lot on the battery pack design and management of cells so that we can optimise the use of the pack itself. We have worked extensively on the thermal management of the pack so that cells are at an optimum temperature. Indian temperatures in daytime can go upto 50 degrees on certain days. So we have to optimise the pack so that it’s more suited to Indian conditions. What happens is when we run the vehicle continuously the temperature increases. So we optimise the energy heat loss. We monitor each and every cell on the amount of electric current it will give. We are then able to maintain energy stability in the pack.

Then the packs are integrated into the vehicle structure. We have integrated them into the platform. The sum total of the structure and the battery cells work in unison. We are the first to have a vehicle of this kind in India.

Q. Why did you feel that there was a need to make a vehicle from scratch? Aren’t there energy efficient cars available in other markets which could have been assembled here?

When we started out in 2014, an ecosystem for electric vehicles was not present in India. We had to also keep in mind that the country is very price sensitive and we needed to bring a vehicle that is affordable. The customers that we have here and the Indian conditions are very challenging. Delivery vehicles in the west are far bigger. We have crowded seats, congestion and need smaller vehicles with high maneuverability. Importing from outside would not have worked. We then decided we will need to build something ground up that will do justice to the Indian market. 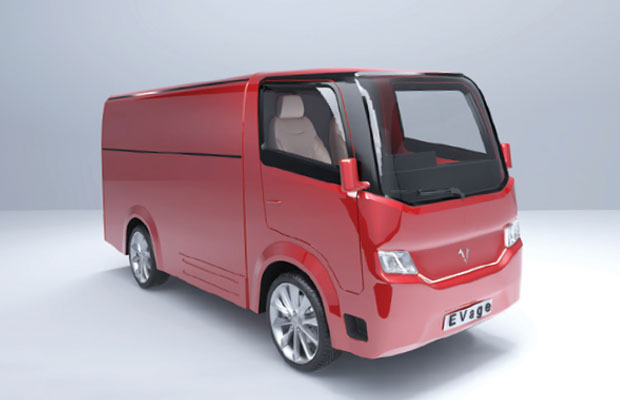 Just putting a motor and a battery pack on a vehicle would not have satisfied the needs of our customer. Therefore we decided to focus on three thrings. We needed lightweighting, which has been ultra critical. We need modularity for high degree of customisation and we need integrated structure that brings in both the mechanical components and the electrical systems. Now modularity and lightweighting is a forte of aerospace engineers and that is when we decided to bring together scientists and aerospace engineers in our team. We came up with an exoskeleton structure, which is a lightweight structure, highly modular and integrates the mechanical and electric architecture. The focus has been to decrease the complexities in a vehicle.

Q. Will having a single common platform for multiple cars lead to any energy savings?

Our platform is an aluminum composite platform that leads to the light weighting of vehicles. Our vehicle weight will be upto 40% less than a conventional ICE car. We will be 12-14% more energy efficient than any vehicle. We will also have 10-15% more range than other vehicles.

The charging infrastructure issue I believe is an overhyped problem. Even when Tesla launched its vehicles in the US, about 76% of the charging happened at home or in an office. We need more grid electricity supply for electric vehicles mainly in India. Public charging is needed but it won’t be a game stopper. We also recognize that India is producing renewable energy at the one of fastest pace in the world. I don’t see why power supply would be a problem.

Q. Even if more charging infrastructure is created, won’t it just shift the problem as the majority of the power is produced by thermal plants?

Thermal plants are being phased out. Efficiency of an electric vehicle is more than 90%. That is 90% of the energy produced is consumed. Vis a vis 30-40% energy is used and the rest is wasted in ICE vehicles. EVs are going to be more efficient, even if they draw energy from carbon-based sources. World over countries are putting up more solar systems as they are far cheaper than thermal plants. If the per vehicle cost of renewables is going to come down, it’s a no brainer what will happen. It’s only a matter of time. It’s the most amazing time to be in this space. The way we are going to consume energy is going to change forever.

Q. Have you any plans to work with shared mobility transport given that one of your prominent investors is from Ola Electric ? How will you go about this?

EVage as a company is focussed on logistics as a sector. Whatever happens we will focus on creating efficient vehicles in logistics which are all shared vehicles. Our focus is to get it right in one segment. We will expand in a selected phased manner. These will be cities where there is more e commerce happening which we will focus on initially before expanding across the country.