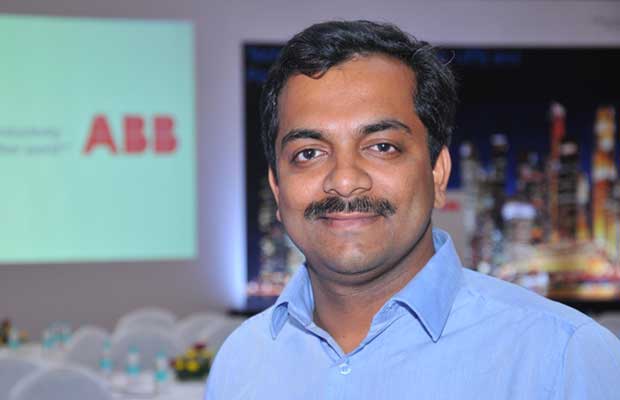 In an Exclusive interview with Saur Energy International – Xavier Scaria, LPG Manager – Solar Inverters, ABB asserted that the organization has a significant role to play in decoupling the growth of carbon emissions in a growing economy like India. He also pointed out about the company’s roadmap, project and challenges. Edited excerpts from the plethora of decisive dialogues.

As the Union and several State governments have lined up mega expansion plans in solar energy capacity, how is ABB India looking to increase its presence in the solar energy space?

ABB globally see Renewable energy as one its main growth drivers in coming years. ABB india also reflects the same vision and is very much in line with the plans of Govt of India. We are one of the first company in India to start local manufacturing of Solar inverters as the solar energy space in India started developing and is working constantly to improve our presence in this market.

We have built a new dedicated factory for Central Inverters in Bangalore at our Nelamangala works doubling our manufacturing capacity in India and a market leader in this space.  Continuous improvement and introduction of new technology and power ratings would be our focus for the coming years. You would soon see higher capacity, higher power density inverters for the local markets.

ABB played a significant role in the development of a 648-megawatt (MW) solar project at Kamuthi in Tamil Nadu and its integration with the national grid. Share with us about the project and its challenges.

In addition to substations and grid integration, on the solar inverters front, for the 648-megawatt (MW) solar project at Kamuthi in the southern Indian state of Tamil Nadu, ABB has provided ~300 MW of inverters. The scope thus included majorly the substation, inverters and SCADA.

The project was awarded by independent power producer (IPP) Adani Group in 2015, and completed on schedule. The solar photovoltaic project – made up of five plants in a single location – is the largest of its kind in the world. 360 MW from the solar project is currently grid-connected and at full capacity this facility will account for nearly 10 percent of the country’s current solar capacity of around seven gigawatts (GW).

The project contributes to India’s vision of achieving 100 GW of solar power by 2022, with the overall aim of diversifying its energy mix to meet growing demand while minimizing environmental impact. As part of this plan, the government has issued a proposal to implement 25 ultra-mega solar power projects with capacities between 500 and 1,000 MW over a period of five years.

Once connected to the local transmission grid, this will enable clean power supply for around 150,000 households based on average national per capita consumption.

ABB India has 39 factories at 12 manufacturing locations and 22 branch offices nationwide.  Is the company manufacturing inverter here or just assembling it?

ABB has been manufacturing inverters in India for quite a few years. ABB’s solar business in India is supported by its state-of-the-art Bangalore factory, which opened near the end of 2012 and has continued expanding to meet growing demand. India is one of the world’s fastest growing solar markets, and ABB has steadily built this business up over the years. This has provided invaluable insights into the local needs and allows us to continue innovating in-country-for-country solutions.

The Bangalore site manufacturers ABB’s PVS800 central inverter series rated from 100 to 1 MW, which are designed for multi-megawatt PV power plants as well as large PV installations on commercial and industrial buildings. The PVS800 converters have proven popular in India due to their ease of commissioning and reliable performance in even the harshest of climates.

How ABB plans to support PM’s push for sustainable growth?

From the latest technology in ultra to high voltage direct current (HVDC) transmission, to providing the latest solutions in renewable energy integration be it through systems or products, distributed generation models of electricity like microgrids, special solar pump drives or high efficiency motors and drives, automation and robotics solutions for industries. ABB solutions are all about enabling customers to enhance productivity, solve problems and innovate simultaneously offering greater efficiency and reducing carbon footprint. This is also done by creating awareness and market for products which are more efficient, have lower footprint and decouple carbon emissions for a growing economy – gas insulated switchgears, dry type and green distribution transformers, variable speed drives, high efficiency motors, new eco-efficient insulation alternative to SF6 for switchgears, etc. The organization thus has a significant role to play in decoupling growth from carbon emissions in a growing economy like India.

What type of innovation, if any, integrated in your products is taken from the Indian R&D center? Can you name some of those products?

From the Indian R&D center we have developed lot of products fitting for our local requirements.  One such innovation, which is popular in green energy space,  would be the solar pump drives, which help farmers transition from diesel generated to solar pumps rendering greater efficiency through drives. Half of the energy produced around the world goes to operate pumps, the critical piece of irrigation systems that are the lifeblood of rural economies. But in many of these areas, in India and beyond, people struggle for reliable electricity to power them. In fact, nearly a fifth of the world’s population, 1.6 billion people, are without access to electricity. That’s why this solar pump, outfitted with ABB drives developed specifically for this application, offers such a powerful tool for farmers and others in remote areas seeking to boost their independence, increase yields and improve the quality of life for themselves and their families.
For ABB, it meant creating a drive so efficient it yields enough energy to start the pump’s motor and keep it running, starting at daybreak when the sun is low on the horizon or cloudy days when solar radiation is at its weakest. There’s built-in flow measurement and detection, so the pump turns off in a dry run. The pumps are working so well, they’ve been installed elsewhere, too, in Sudan, Pakistan, South Africa, Bangladesh and Yemen.

ABB came up with a solution where there is a bigger voltage range and where it can operate for a longer time, it’s very simple and that leads to a lot of benefit for the farmers.

ABB signed a MoU with IITM to enter a technical cooperation in building microgrids as well as joint R&D in the field of rural electrification. Is there any plan to add more such premier institutes?

ABB has an Academic Partnership Program in place through which one works on formalizing leading-edge research partnerships with the academic community. ABB is already working with 12 universities for problem solving and cutting-edge technologies in the power and automation sector.

What is ABB’s current market share and its growth expectation in a year’s time?

Only in terms of inverters, as mentioned earlier, almost 50% of the solar energy generated in the country passes through ABB equipment. We would not comment further on market share and projections.