Q. Higher Energy Yield. Lower LCOE. Superior Return – This is your mantra for Series 6 Modules. Can you please justify the above statement in detail? 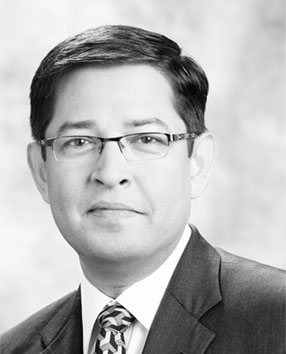 The First Solar Series 6 module leverages the same proven semi-conductor (CdTe) and the manufacturing process, with a larger form factor. The module size is 1.2X 2 Mtrs with a 420Wp name plate capacity which is approx. 3x of the Series 4 modules that were 0.6×1.2 Mtr with 120Wp nameplate capacity. Further the Series 6 module is having a frame design. Historically the older Series 4 modules had a proven energy yield advantage of 5-7% (for the same name plate capacity as compared to poly silicon modules) in hot and humid climates due to the superior temperature co-efficient, better diffused light performance and an improved response to impact of spectral shift caused by humidity in the atmosphere.

However the smaller form factor resulted in a BOS penalty of approximately 15% of the BOS cost, due to the increase in structure weight, and the additional use of clips/clamps. Also the lower form factor was a deterrent for developers to use our technology with tracker solutions given that the tracker design needed customization. The Series 6 product retains the energy yield advantage while doing away with the BOS penalty, thereby offering a lower LCOE or a higher return on invested capital for the developer as compared to Poly Crystalline Silicon based modules. Also the standard form factor of 2 Mtr height would align with any industry standard tracker thereby allowing developers to now take advantage of First Solar’s higher energy yield with standard tracker solutions.

Q. What are First Solar’s ambitions in India? How competitive is India’s solar industry for you?

India represents one of our most important international markets where we have deployed nearly 2GW of our technology for the reasons mentioned above. We have proven to be competitive on a life cycle cost basis for most long term asset owners who invest in utility scale projects In India. Given the growth trajectory of the Indian market and the transparency in allocations, we would continue to build upon our incumbency position in India with our technology and selectively deploy capital for development of assets as long as the returns provide an acceptable compensation for the risks we undertake.

The Indian market is one of the most competitive in the world, but most consumers are value conscious and our sizeable presence demonstrates our technology competitiveness. With the Series 6 we would target to demonstrate even more value to our customers and we look forward to a very long term and sustained presence in the Indian PV market.

Q. Can you tell us what growth you have witnessed in India in the last three years? What will be your expected market share by the end of next financial year in India?

As stated earlier we have close to 2GW of our technology installed in India that would represent a 10% share of the market (assuming the overall installs of 20GW by YE 2017). The overall market size has grown at 2X Y-o-Y in the last two years primarily driven by falling energy tariffs. We have grown with the market growth and over the future years, we would expect to maintain a meaningful share of the market in India.

Q. First Solar claims its recycling facilities recover up to 90% of materials. Please brief us in detail how this facility works and what are its benefits over disposal of PV modules.

First Solar strongly pursues a sustainable and responsible product life cycle approach. We begin by converting by products of the mining (Cd and Te) industry to semiconductor, designing a product for high value recycle, to using a manufacturing process that has the lowest water, energy and GHG consumption compared to Silicon based modules, to the fastest energy payback period for any commercially available module and in the end offering a recycling solution that recovers 90% of the materials at end of life of the module.

We have module recycling facilities at Perrysburg in the US, Kulim in Malaysia. Collectively we can recycle upto 2Mn modules per year. Essentially we shred, mill and crush the module, and then using a chemical process, separate the semi-conductor from the glass. The glass is made into clean glass cullet and laminate material whereas the semiconductor is recovered and reused to make new modules.

As the waste stream volumes go up due to decommissioning of old plants and the growth in annual installs that brings in premature end of life (by breakage or warranty related issues), landfills would be an expensive proposition. Hence the recycling industry would need to evolve and regulations on decommissioning/end of life disposal would be the key to ensuring that the solar PV capacity growth happens with the least environmental impact.

Q. For pre-2013 sales customers, First Solar implements an unconditional prefunded Collection and Recycling Program for end-oflife modules. What are the options available for Post 2013 customers? Are there any customers in India who have opted for this service?

Prior to 2013 we were prefunding recycling costs for our modules, which deprived clients to choose their own method of recycling depending on the regulations of the market in which they were operating the asset. Since 2013 we made the recycling an option thereby allowing customers the choice to select either a 3rd party recycler, or an alternate method like landfill or First Solar.

We also evolved a pay as you use commercial model where the costs for recycling would be charged to the extent of modules recycled as opposed to charging an upfront fee for 100% of the modules. We have had our clients in India and other markets use this service since 2013. Most of First Solar’s India clients are long term asset owners or utilities whose own sustainability practises mandate them to responsibly dispose of waste.

The Government (both Central and key states) have done a great job in creating significant demand with the solar program, and keeping the market accessible to global supply chain without any barriers. This has resulted in competitive cost of energy for solar PV that’s incentivized consumers to use more solar energy in the mix. Energy is a commodity and lowest cost source will always get dispatched first.

Today solar is the lowest cost resource in India, and we would humbly request the government to maintain consistency and stability in their policies to help renewables maintain this position. Given the disproportionate share of Chinese modules in the solar PV manufacturing value chain there is a perineal conflict between the competitiveness of China’s manufacturing versus the economic nationalism of the consumer countries, that’s giving rise to trade and tariff conflicts.

Any incremental manufacturing policy on solar in India would need to take into account this aspect and accordingly create a policy with a set of incentives that allow Indian manufacturing to be competitive against a global supply chain in any market free of trade barriers.

We have always evaluated a potential investment in manufacturing in India but unfortunately the current set of semiconductor or module manufacturing policies and incentives in India do not match up with the options we have had in other geographies. These incentives are either lower cost capital or long term tax concessions, both of which are not available in India.

Therefore we have the ability to manufacture a more competitive module in another country (like Malaysia or Vietnam) by leveraging the incentives available there as opposed to India and that allows us to compete effectively against a global supply chain that predominantly comes out of China. We understand that there is a new solar module manufacturing policy in the works and we would like to evaluate the same prior to making our next manufacturing investment decision.

Q. In your view, what are the areas of major concern in the Indian solar market?

From our standpoint there are a few overarching concerns that face the power industry in general related to the highly regulated market structure (or lack of a market), and the continuing financial distress of the distribution companies who are the primary consumer. Lack of a viable electricity market would hamper sustained investments in generation capacity/new technology interventions and there would be limited scope for private capital. Specifically on the solar PV demand the issues that one would need to confront would be

a) Dealing with curtailment on the grid as the capacity grows – Possible solution would be to hybridize with storage but enabling technical regulations on forecasting/scheduling need to be tightened , else hybridizing solar with the idle natural gas based power generation in certain regions for the shorter term is another option.

b) Implementing and enforcing technical quality standards: The allocation process in India is unique given the two stage price discovery (reverse bid followed by e-auction), unlike most other markets where only reverse bid is adopted. The e-auction process has a past track record of creating poor quality infrastructure in other sectors like roads. While transparency is great for the overall sector it should be accompanied by stringent technical standards and norms in the bid documents that would hold developers accountable for not just the energy quantity but the reliability of the asset they build.

There are established technical standards for all components of the PV power plant, plus standards that define design reliability, construction quality, environment health and safety and decommissioning. A good example is the work being done by IECRE, which is a conformity assessment system for Renewable energy plants. We would urge MNRE and CEA to create a more comprehensive technical specification which ensures asset quality and reliability in addition to cost.

Q. India is still dealing the issue of anti-dumping and it has not resolved yet, how you’d like to respond as a Developer?

As stated earlier, given the dominance of China in the PV supply chain, and considering that 2/3rd of China’s manufacturing capacity is targeted towards export, the issues of trade and tariff barriers would always exist. As a developer our request is to create a transparent pass through mechanism in the PPA that enables developers to pass on the implications to the consumer without going through a long drawn out litigation to establish the impact.

Q. International Solar Alliance (ISA) Summit, India’s brainchild finally kicked off in the presence of more than 50 member countries. What are your views about this Alliance?

We welcome the formation of the ISA and are excited about its prospects as it aligns with the geography (between the two tropics mainly), where First Solar’s CdTe module technology offers the highest value to the developer due to its performance under hot and humid climates.

We perceive this alliance to build capacity and capability into new market geographies and segments where solar has the best economic entitlement as compared to alternate energy source, in a situation where those markets individually lack the scale to build those capabilities on their own. India’s leadership in this direction is commendable and reinforces the country’s vision for sustainable development, which has made India amongst the top 3 solar markets in the world.