Q. Please tell our readers more about Topaz solar and its services. 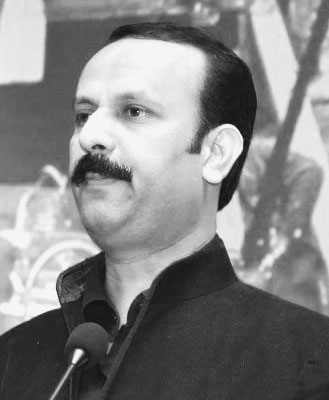 Topaz Solar is promoted by me and Ms. Usha Natarajan in the year 2009. It became active since 2014 where we planned to foray into domestic solar market primarily Tamilnadu biz in mind due to aggressive Solar policy unveiled by then CM Jayalalitha. As SPO (Solar Purchase Obligation) could not take off we went out of tamilnadu biz barring some roof top biz. In the year 2015 Topaz Solar along with Vincent Industries, France( earlier promoter of Appolon Solar SAS) and some scientists from Georgia Tech to set up a Bifacial solar Cell cum Module manufacturing plant in Memphis, USA with initial capacity of 60MW. Due to bankruptcy filed by Vincent Industries our project got stalled.

Q. Topaz Solar is building 1200MW Solar Module Manufacturing Plant in Orissa. You are coming in to the market at a time when there is lot of uncertainty regarding AD and Safeguard duty in the market. What will be your strategy to challenge imported modules?

We have given our proposal for setting up 500MW Solar Module Manufacturing Plant in Orissa in March 2017 and later enhanced to 1200MW. From the beginning we were not looking at purely on the Indian Market in short term.

We want to focus on European as well as North American market for solar Module sales and own projects in SAARC, ASEAN and African regions . We were sure that India would be a bigger bet by 2020-21 and will remain for at least 2 decades. In short term we are just looking to sell 30- 40% of our production to be sold in Indian market. We will have 60-70% tieup with few developers in European and American market for buy back of our Modules.

Right from beginning we were very sure that Safeguard duty recommendations may not be imposed and even if happens it may not be at the 70% levels as proposed. We are negotiating hard with the Orissa Government for their offered subsidy scheme where we may conclude with 25% capex subsidy and 5% Term loan interest reimbursement apart from the SGST exemption for 5 years. Regarding Solar cells we are expecting bigger market within India as there is Anti Dumping duty on China, Malaysia, Taiwan products. We are expecting to have a JV partner from China as well as European partners with buy back arrangement.

We are also converting our project site as Special Economic Zone so as to get the M-Sips benefit for Solar Cell manufacturing for 5-6 initial years which will make the project viable even with cheap imports.

In Topaz Solar, we believe in strategic partnerships especially on buy back agreements will be the best business model especially in Solar Cells and Modules marketing before we start implementation of our Project in Orissa.

Q. What are Topaz Solar’s ambitions for Indian Solar Industry? How competitive will be India’s solar market for you?

Topaz Solar believes that we need to have a bigger capacity in order to have some say in the Indian market in order to get noticed. Hence we have not opted for the land(small parcel) given by the Orissa government at Info valley near Bhubaneswar and went ahead with bigger land to have a minimum of 2GW of Solar Cells and Module capacities.

We are also developing a R&D centre and Skill development centre near the Solar Modules Manufacturing Plant to have a ahead of time in terms of technology and also develop a locally groomed less cost labour which will play a big role in bringing down the overhead cost.

For R&D as well as skill development we are already in talks with few European research Institutions like ISC Konstanz. As you are aware the consumables like EVA, back sheets now being manufactured with International quality, we can produce high quality solar modules at par with any International price competition.

Q. Can you tell us what will be your growth strategy for India in the next three years? What kind of market share do you eye by the end of 19-20 financial year in India?

As I have mentioned earlier, we will have 30-40% of our sales within India in FY19-20 and will gradually increase the domestic sales with implementation of Solar Cell plant in the second phase and Enhancement of Bifacial capacities with 40% more generation and modules with 400Wp power, we would like to be one of the top 5 producers in India by 2020-21.

Q. Please tell us the reasons why have you chosen Appolon Solar France for setting up Bifacial Solar Module Manufacturing plant over there competitors?

We are very much impressed with Appolon Solar’s NICE Technology (New Industrial Solar Cell Encapsulation) mainly for their glass-glass encapsulation with lowest degradation possibilities. Secondly the machines are highly robotic with just 8-10 labour requirements and also occupies very less space with low power consumption. Since the consumables cost other than solar cells are almost 10% less than the conventional modules.

Since we have been associated with Appolon since 2014 and has seen their technological up gradation despite their bankruptsy by earlier promoters.

Q. How do you see the government’s role in promoting solar module manufacturing in India?

Government of India has been focusing on Solar Power since 2014 and having an ambitious target of 100GW by 2022. Schemes like M-Sips on electronic manufacturing (Solar Cells) also capital subsidy of 20% on plant and machinery for both green field and brown field projects. Also imposition of Quality measures on Imported solar modules will reduce the dumping of cheap quality /price modules in the Indian market. Once this is implemented, we are sure that Solar Module manufacturing in India will definitely improve. With WTO agreements government of India may come out with MIP(Minimum Import Price) like the ones we have in European countries.

We expect this to happen in next couple of years once we achieve some reasonable targets being achieved.

Q. In your view, what are the areas of major concern in the Indian solar market?

Transmission lines are great concern in India and due to that Solar power plants cant be set up at the remote places where land is available at a cheaper cost. Hence, increasing solar power will be challenged by high land cost which are available near the existing Substations.

Most of the parts of India where solar power plants are being set up has huge dust problem. Especially in Northern part of India and some parts of South India dust is more sticky and will be difficult to clean. More over water quality is also hard which causes difficulty in maintenance.

Finance cost in India is very high compared to the Western countries. With the current tariffs below the levels of US$ 0.037/KWh will be a major concern till the time the domestic developers are accessible to funds less than 5-6% Per Annum interest. Apart from the same the credentials/credit ratings of the Discoms are not in good condition. Hence future payment model discounting will be difficult.

Currently very few banks are financing solar projects in the competitive manner and accessing funds from abroad will also be expensive due to hedging cost. Solar power can’t replace the conventional power till the time India equip them in a storage technology. Meeting peak demand (i.e. after 6pm) through solar power plant will be difficult without storage technologies.

We hope that government of India will also make sure that IPPs are provided with low cost funds with elongated tenure.

Q. International Solar Alliance (ISA) Summit, India’s brainchild finally kicked off in the presence of more than 50 member countries. What are your views about this Alliance?

India will reap maximum benefits out of ISA by getting untapped markets to Indian Solar Developers like Chinese players. ISA will also provide a platform to India in accessing the low cost funds for Solar Projects to be implemented in India. ISA has target of mobilising US$1000 Billion for solar implementation in the world, India will get affordable funds to achieve its ambitious target of 100GW of Solar Installations by 2022.

The above move will also help India to achieve the power tariff less than the current levels of US$ 0.037/KWh and at par with coal and gas based power tariffs. There are still more than 40-50 countries with more than US$0.10/Wp as Solar tariff who have joined the ISA. India will get a big role to play in the next 15-20 years through ISA and be a dominant player like China today. With 30-40GW addition every year India will become one of the top 3 countries in terms of capacity additions.