Q. Can you please introduce John Martin for us?

I am an Overseas Citizen of India (OCI) and did my studies in Switzerland, settled in Italy in Milan. I am the Chairman of the save Indian Royal Heritage that is the (Trust of 560 royal families) for saving our royal heritage viz palaces and forts and converting them into boutique hotels.

Also, I am the president of Indian Importers Chambers and Commerce & Industry for the European Union.

I am the President for Department India of Union of Export Chambers of Europe with head office in Brussels in European Parliament.

I am founder and CEO of Indo-European sustainable development so there are a lot of activities. Currently I am heading Talesun Solar Switzerland AG as Managing director and Heading newly formed Indian Subsidiary too. I am also representing the Indian churches. I am their advisor and representative at the international level.

Q. How did you generate interest in the solar market?

Renewable has always been my weak point in the sense that there has always been an interest, and as an OCI I visit India almost every month and I visited remote places and I have seen the conditions in the remote areas where you don’t have lights.

So from there all this interest for solar, not only solar but renewable in general sense has started. We are also for the off-grid projects which soon we are going to present to few state governments for creating smart villages. In the entire sense smart not just smart only from the solar point of view, so that’s the reason why I entered the market.

Q. Can you please brief me about Talesun solar Switzerland? What exactly and how you are associated with Talesun? How is it active in India? What are your plans? 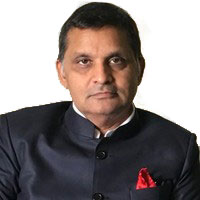 Talesun is part of the Zhongli group, a Chinese cable manufacturer, which entered the solar sector in 2010. It is one of the biggest panel producers around. The company is making around 2.8 GW of solar panels and having two production units in China and Thailand. Now as regards to Talesun Switzerland, it is a holding company of Talesun for all the Project Development, Bridge/Construction Financing & EPC contracts that Talesun does apart from China.

So China is directly followed by Talesun China, but rest of the world as Project developer, Bridge Financing & EPC constructions is done through the holding company based in Switzerland. The company has planned to enter in the Indian market, so it is setting up the Talesun India for the EPC projects and as developer too. I am currently heading Talesun Solar Switzerland AG as Managing Director and heading Indian team too.

Q. So we can expect you on bids also?

Q. What are your plans in India and what kind of projects you want to enter? Is it both rooftop and ground-mounted?

The company is majorly in the ground-mounted because it is a large player in the sector, so we are looking into 50 MW plus. Currently the company is not working on rooftops apart from few things that we have done in Italy, because one of the joint venture partners for the company in Italy is the Italian government public sector company, with whom the company had joined hands as EPC partner.

Q. Why India and why now?

Well, till now China has been leading the solar sector, so most of our activities were based in China, in fact we have more than 5 Giga of solar already constructed in China and we are the second player in China after China Power as a developer.

India, you know is not an easy market to enter. I have been monitoring India from last 2 and half years and we find that the moment has come for Talesun to enter in India. So, this is the right moment and we are setting up few agreements also.

Q. Indian market has seen as low as Rs 2.44, what do you think a sudden change of Chinese solar policy will help the developers and EPCs like you in India?

Well, the plus point we have is that we are tier-1 panel producer, so the production we have is in-house and as an EPC we are recently doing 300 MW in Argentina at 4000 meters of height, so I don’t think anyone has such experience. We have been developing/ constructing Projects across the globe and current global exposure stands at 8 GW. So experience plus in-house production capacity of Talesun will help a lot.

Q. What I want to understand a sudden change in Chinese policy, will that help in India?

It is not much of a Chinese policy that will help, it is rather the working group based in Switzerland and Milan which has decided to enter into the Indian market.

Q. Do you think people are expecting imported modules much cheaper in Indian market by the end of next quarter? We have a couple of people who are very optimistic about that.

One of the things which people are not looking at is that Europe has restarted its solar program and Chinese manufacturers prefer selling their panels to the European market than to India because they get a better price. So I don’t see that the prices are going to go down that much for the imported panels in India.

Q. You mentioned that you work on 50 plus MW, is it private or Public or both?

Q. Any specific plans for Indian SECI bids you have?

Well for SECI and NTPC bids, we are joining hands with few of the utilities because we don’t keep the assets with us, so we need the utility which does that and we will be their partners in the bid and for the construction/development & Bridge/ Construction Financing.

Q. Any major private developers you are looking to partner with?

There are few we have in mind.

Well we don’t want to give any problems to anyone; we just want to create the arc, a small area, small size for us. As I said we have production in our hand so from that point of view bridge financing / Construction Financing which many are looking at which we can do. In my view this is the plus point to enter in Indian market, even as pure EPC for big players who are already present in the market.

Q. What are your thoughts about rural electrification? And three key suggestions to our policymakers?

India in the last 5 years has done a lot in the solar sector but still a lot has to be done especially in the off-grid sector. I think solar as off-grid is the easiest way to bring lights to the villages. In my personal view and has nothing to do otherwise, is that instead of supplying the solar lighting systems per house in the villages if you have a village which has 100 houses we can put up a small plant, in a 20 feet container, through which you can supply the electricity to all the villages instead of putting it up on all the houses.

Apart from saving time, this will also be possible to add a battery to it so that you can supply 24 hours of power to the villages and also from the maintenance point of view it becomes much easier to maintain one big container which can provide electricity to 100 houses in a village than maintaining 100 individual points.

In a village what is needed is that the people have power for at least one point for TV, as villages have now started getting them, fan, lights, an AC point, if necessary. That is what can be provided.

Q. When it comes to storage, India has missed the bus on the module manufacturing to some extent, do you think storage is the place where “Make in India” can come in?

Storage. Yes, of course. I think for the Indian market and even for the export in the African and south-east Asia, India can be the right partner to produce for the local consumption and for the exports.

Q. Have are your thoughts on EV as an industry?

Even though Europe is still struggling, so India will find it difficult because of the infrastructure. We talk of EV but we don’t have that capacity of infrastructure.

Q. Any plans from Sir John?

Plans are there but it also depends on how it has to be implemented, so lot of support from the government is needed.

Q. What kind of support? If you can specify?

Q. Every other day we hear some infrastructure companies are coming, there are various companies in Delhi who are working with the government in installing EV infrastructure, at least in the government premises, the general perception is that EVs are still not successful because of the storage capacity, and the time of charging, how soon can we see the revolution?

Well in Europe the revolution is already there. You can charge EV in two hours, three hours, depending on what you are going to use. But in India, we still don’t have that. We have to look into this from the cost point of view. We have to think is India ready to pay for EV. Maybe EV may not cost you so much apart from Tesla, but rest of the thing for charging and all the cost will be higher and how many Kilometers can you do with that. And how many kilometers each you have to put the points, so these are all things which has to be studied by the policymakers.

According to me it should start as a pilot project, taking a city which is not congested like Delhi or Bombay, I mean don’t go for the big city, go for the smaller cities and implement in those cities first the EV idea.

Q. Coming back to the solar, do you see prices going below 2.4 sustainable, how do you see it going?

Below Rs 2.44 it is not at all sustainable. Most of the new players who entered in the market had no experience in the solar many did it on presumptions that prices would go down, how many of these projects have really gone down, but that destroyed the market.

Q. How do you plan to make this understand to the consumers?

Consumers always go with the trend. The consumers now think that solar is a very easy product because the light is free, but the cost of the production of panels is not that cheap and has its cost. So the industrial cost has to be taken into consideration which normally the consumer doesn’t consider.

Q. There are a lot of companies that put an asterisk on their websites so consumers get confused, you as an industry veteran, how do you plan to make them understand what actually they have to pay for green energy?

It all depends what does he pay for the maintenance of the panels and what he saves if he uses the right panels, the right inverters, right product. So that right product will cost you.