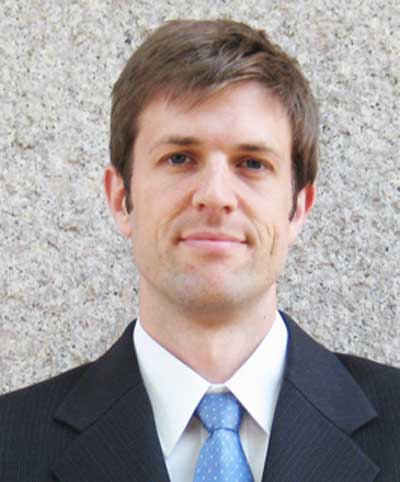 Rooftop projects are taking the ramp and opening new avenues for solar rooftop players. This sector is no more in silos with players like CleanMax Solar are popping new stratagem to spur this segment. Notching recent accolades from MNRE and other prime consultancies, CleanMax have perennially catered to affluent MNCs and corporates. The recent 30MW solar farm in Tumakuru district, Karnataka also spells their stature in the GW race. To delve into company’s snowballing propositions, Andrew Hines, Business Development Head – South India, CleanMax Solar exclusively confabulates with Niloy Banerjee, Associate Editor, Saur Energy-International on the ongoing bottlenecks, scopes in rooftop segment and the company’s modus operandi to tap this nascent segment with. Edited Excerpts.

Q. Why do you think Rooftop segment is still treading in India’s GW race and how can this sector evidently collar with India’s promising solar dream?

The Indian rooftop solar market is growing and maturing, but much is needed from the private sector and government to achieve the ambitious goals the Government of India has set.

While capital subsidies are not need for commercial and industrial rooftop projects to be financially viable, central and state and government can effectively support rooftop solar though:

With a progressive policy of Karnataka, we are planning a long-term investment of producing 200 MW. CleanMax has com-missioned 30 MW solar farm in Tumakuru district in March 2016. Our second farm is expected to come up in March, and that will be another 50 to 60 MW. Karnataka solar policy provides some sort of incentives like no cross subsidy surcharges and wheeling charges for solar plants, set up until March 2018. Under that window we are looking to set up a plant of approximately 200MW.

Q. What are the strategic propositions before choosing your module and inverter partner for any project that you develop. In addition, the total cumulative capacity developed by CleanMax is 55 MW as stated officially; kindly elaborate which module and inverter manufacturers you have perennially been working with and the specific reasons for this partnership?

Q. New model formations are been seen in the Indian rooftop sector like the BOO (Build Own Operate) or OPEX (Operating Expense), what are your consent on expanding towards these models?

CleanMax started in 2011 with a vision of enabling corporates to achieve their green ambitions, with zero-investment, zero- hassle solutions. Our observation was that leading corporates are genuine in their green ambitions, but these ambitions often fall short due to both the high investment required, as well as the many other managerial and operational hassles involved in setting up the project.

Our goal was to change all of this by offering corporates a solution which would reduce their carbon footprint and reduced their energy costs with zero investment and zero hassle, which currently is recognized as BOO (Build-Own-Operate) model. Who could say no to such a proposition?

Today, I am very happy to say that we can offer solar tariffs at below industrial grid tariffs in all major states in India, without a rupee of government subsidy.

Q. What is your set target for rooftop segment in the coming few years and how do you plan to achieve it?

With a current installed rooftop solar capacity of 55 MW pan India, we are looking at increasing it to up to 400 MW in the next two years.

Q. The company has lately been recognized for its excellence in the rooftop solar industry by MNRE? How do you apprehend these accolades for your burgeoning business establishments?

CleanMax Solar has been recognized with National Excellence Awards for Rooftop Solar Developer and EPC Player by the Ministry of New and Renewable Energy. It was an honour to receive such accolades from Shri Piyush Goyal himself.

After more than five years of operations, we are proud to claim a number of achievements, including:

This scale is a very important differentiator for us, since our corporates want a partner who can meet their diverse clean energy needs across multiple geographies, and who has the operational scale to execute quickly and effectively them. Today, we are executing 15-20 large rooftop projects and 2-3 solar farms simultaneously, and we have set up the organization to do this effectively. This differentiates us from our competitors who may struggle to execute a large order or manage multiple projects simultaneously at multiple locations.

Q. How are the cutthroat solar auctions propagating new dynamics for solar industry?

Everyone is affected by low solar tariffs that consumers read in the newspapers. But ultimately, consumers will do what makes financial sense for them, as many corporates are doing today by signing long-term solar PPAs with reputed solar developers like CleanMax, to sign up for lower-than-grid tariff electricity with zero investment.

Q. What are your current expansion plans and how important is Indian market for CleanMax?

As we look ahead, CleanMax, being India’s largest onsite solar developer, is keen to drive the growth in the overall market, while maintaining and growing our market share. We see tremendous potential in the rooftop segment, and we are growing our organization in line with the fast-growing demand. Outside of our core business in corporate rooftop solar, we are starting to see good opportunities in the government rooftop segment, as well as the Open Access markets in certain states. Our corporate clients have diverse energy needs across many facilities around India and abroad – for example, they may look for a combination of rooftop solar, open access and perhaps energy storage needs, and they will always prefer for a single, trusted vendor to provide all of these. Finally, we are actively exploring select opportunities outside of India where we see good potential. But India, which is now the world’s 4th largest solar market, has such tremendous potential that we will not seek international expansion at the expense of realizing the full potential in India itself.

Q. How many projects has the company successfully comm-issioned in the current FY and how you eye into the next fiscal year?

CleanMax has executed more than 75 onsite projects totally a capacity of 55 MW, enjoying a market share of 28%. The ambitious plan is to eye 400 MWp in the next 2 years.

Q. Is Indian solar industry consigned by numbers, may it be 40,000MW rooftop or 100GW cumulative solar capacity. If yes, in long run how liable will this sentiment be for India’s solar sector?

While India’s 100 GW solar target is ambitious, many argue that its 40 GW rooftop solar target is unachievable, since it is starting from a smaller base (< 1 GW), and also because rooftop solar development is harder for the government to accelerate on its own. Even where the government has issued tenders for solar systems on the rooftops of government buildings, it has not seen a large enough response or follow-through from the industry to achieve
the full potential.

As India’s oldest and largest rooftop solar developer, we at CleanMax are well aware of the challenges of ramping up rooftop solar to the scale envisioned by the Government of India. However, I believe that the target is achievable, with a combination of the following measures:

Net metering is an important enabler for rooftop solar, and its rollout in many states in the past 12 months has been a promising development. However, the implementation has been slow in some states, and it can take many months to actually get the permission, with very different processes in different states. A standardized policy across India would be helpful.

Many states have arbitrary restrictions – for example, caps of 0.5 or 1 MW in many states, restrictions based on offtake voltage or transformer capacity, or unreasonable rules about meter locations – which prevent the easiest volumes from materializing. We hope to see these policies improve based on the experience to date.

To date, tenders for government rooftops have varied widely. Tenders run by SECI have been well conceived and well implemented, while some institutions have run their own independent processes, with mixed results. Government entities would be well-served by going with standard PPAs used by SECI, and with tighter eligibility criteria to weed out less serious vendors.