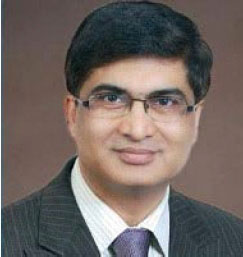 RelyOn Solar was founded in April 2010 by Dr. Gundu Sabde with a strong belief that solar energy is going to be alternative to fossil fuels especially in Indian circumstances. The company focuses on off-grid and power plant applications.  RelyOn Solar wants to bring energy independence to people where they would have their own power source when they need it.

Solar panel prices started declining in 2009 primarily due to technology advancement and economy of scale.  Cost reduction was happening in the entire solar panel manufacturing value chain while solar energy was getting a major boost through government policies in Europe and other developed countries. This led to further investment in large-scale factories which were far more efficient lowering cost of production.

RelyOn Solar was established in 2010 as a distributed power generation solar company to address power cuts when solar had become an economically viable option against diesel generators. Now, the market is growing at rapid scale with the further price reduction of the solar power systems such that the levelled cost of solar power generation is much lower than the electricity tariffs in many states. The current growth pace is expected to continue for at least a decade or two.

Yes, I am the author of these patents which are the outcome of the research activities of the technology companies in the United States (My previous employers).  Most important takeaway from this experience is the importance and the need of innovations to sustain and grow. I had a chance to incorporate the culture of continuous improvements into RelyOn Solar which shows up in how we have shaped up today as a strong technology based company.

Flexible panels and solar films will get a lot of attention since they can be installed in places where it is not practical to install traditional silicon cell based solar panels.

We believe that electric vehicles will be adopted over next one decade and integrating flexible solar panels will allow generating the power on board to extend run time of these electrical vehicles before it has to halt for recharging.

Solar being the distribution energy source, there are clear benefits to individual customers owning solar rooftop plant for their own captive requirements.  Our initial focus on off-grid was related to the fact that solar was economical only against diesel generators till 2013. We were able to replace hundreds of diesel generators across the country with off-grid solar systems. We have approximately 700 off grid systems currently running across the country.

Solar community is very excited about recent net metering regulations in multiple states. However, net metering alone cannot take solar power content beyond 20 to 30 percent of total electricity demand. If the renewable content has to increase to 50%, we will have to supply solar power 24 hours for which advanced batteries will become the necessity. Our off-grid experience will become a key advantage in providing 24-hour solar solution.

Every rooftop project has its own challenges but the co-operation and drive from engineers at Airport Authority of India allowed us to complete the project in time.  Commitment to quality is utmost important for us whether it is an airport or any other project. We get a feeling that we are successful when our customers want us to give repeat orders or recommend us to their associates.

Our pipeline is strong this year. Recently, we integrated advanced storage and PV for a factory in United Arab Emirates.  Even the residential market is picking up while the industrial and commercial rooftop sector is accelerating rapidly.

It is clear that Renewables in general and solar power, in particular, are here to stay. In fact, I believe that the upcoming decade is about renewable and sustainable development. The current state of this industry is analogues to where the internet was in the late 1990s.  The future will bring many exciting possibilities to many of us who are contributing to this field today.