Home » In Talks » By 2019 we will be in a position to deliver modules with 18.6% efficiency: Sujoy Ghosh, Country Head, First Solar, India

By 2019 we will be in a position to deliver modules with 18.6% efficiency: Sujoy Ghosh, Country Head, First Solar, India 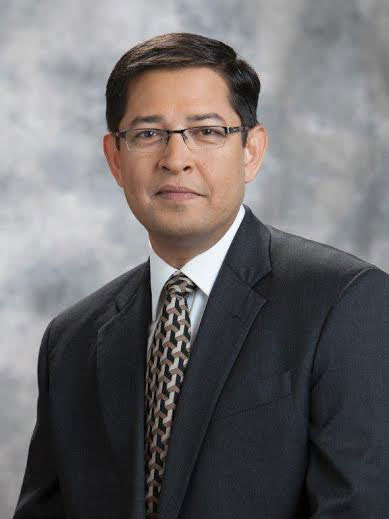 Ans: The Indian Solar market has transitioned from a nascent/emerging market starting off in 2010 to being amongst the top 4 markets for utility scale solar in the world. This transition was enabled by (a) the energy demand and economic activity in India (b) a very determined push for increased renewable penetration (100GW by 2020) by the current Federal Government that was announced in Sept 2014 (c) the transparent method of allocation of capacity by a price discovery process as opposed to feed in tariffs (d) the creation of solar parks that mitigate development and permitting risk for investors.

Ans: First Solar modules are higher in name plate efficiency and additionally provide 5-9% higher energy yield for the equivalent capacity installed in Indian conditions, due to the way the semiconductor used in First Solar modules responds to changes in temperature, humidity in atmosphere and low light quality. Unlike most market players who use poly-crystalline Silicon as the semi-conductor, First Solar employs Cadmium-Telluride as the semi-conductor material for its modules. The manufacturing process is very different and we use 98% less semi-conductor material to make the same capacity as compared to the poly-silicon technology, with a significantly lower carbon footprint as compared to any other manufacturer.

Ans: We have today a pipeline of 260MWac of projects that have been contracted under long term PPA’s in the states of Telengana, Andhra Pradesh and Karnataka.

Ans: First Solar has a 17% market share in India at the end of 2015 on the installed base of modules. On a life cycle basis our technology will deliver a lower cost of energy for the same plant capacity as compared to any other commercially available module in the market, due to the fact that First Solar CdTe modules have a low temperature co-efficient and superior response to spectral shift/ diffused light. We have one of the strongest balance sheet in the industry that allows us to continuously invest in enhancing the efficiency and long term reliability of our technology. By 2019 we will be in a position to deliver modules with 18.6% efficiency that will further enhance our competitive position in a hot and humid climate like India. Most of our customers are long term asset owners who always evaluate technology on a life cycle cost basis. We are confident that with our track record in India and our product roadmap we will continue to maintain market leadership in the country.

Ans: In our view given the energy deficit, need for energy security and the sustained economic growth, the potential clearly exists for 100GW of solar PV in India. The question would be on the timelines in which the goal is achieved. Clearly there are challenges in (a) the financial health of the distribution companies to procure the energy sustainably (b) the pace of implementation of the grid infrastructure (c) access to lower cost domestic capital. Given that power is a concurrent subject in India, the willingness of the states to embrace this goal and complement the Federal Government’s vision would be the critical.

Ans: The policy and regulatory mechanism defined by the Center is definitely aimed at enabling a larger demand for solar energy in the overall mix. The challenge is that power being a concurrent subject, the state regulatory and policy environment has to be in synch with the central government’s vision. Some of the states have converged with this while others are still working out their state level policies. A few of the larger issues that need the center and states to collaborate are (a) reforms in the distribution sector to improve the financial condition of the state owned distribution companies (b) implementation of the green corridor  and (c) enforcing the RPO. Out of these the distribution reforms are critical and probably is the single most important issue that needs active engagement from all stakeholders (both at center and state).

Ans: Intuitively, a lower cost of energy will trigger additional demand. Hence one would anticipate that consumers will procure more solar energy in their overall mix of renewable compared to earlier times. However given the infirm nature of solar, there will always be a point where the energy from solar needs to be balanced with more flexible generation from firm sources so that the grid is able to manage the load-generation balance. Also in some parts of India (like the southern states), solar can support the day peak demand optimally, and a low cost of generation would mean more adoption of solar energy into the generation mix by the distribution companies.

Ans: As stated earlier, the Federal government in Indiia has clearly rolled out a plan with enabling regulations to support a significant push for renewable in general and solar in particular. Providing a slightly longer term view on the power procurement (as opposed to the current practice of a 13-15 months look ahead) will enable the market participants to plan for capacity building (in terms of capital, resources and manufacturing capacity) in a more optimal manner. The other aspect that the Federal government could focus on would be around deployment of solar energy solutions to address the challenge of providing energy access to the section of our population who today live without access or have limited/intermittent access to energy. The distributed and scalable nature of PV combined with a price point that’s very competitive can address this issue in a sustainable manner, provided regulations are framed and this segment can get access to optimally priced capital to support the projects.