SolPad: Bringing the Solar Technology in a Single Pack

Solar panels installed at the roof, while batteries placed at the garage or basement- that’s what a typical solar power system looks like. But things are about to change now. The SunCulture Solar, a four year old start-up, led by entrepreneur and inventor Christopher Estes seems eager to make the Solar Panels and Storage One. 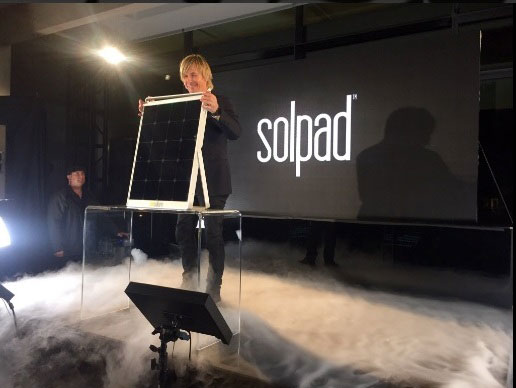 Christopher Estes has unveiled a prototype- the SolPad, which seems like a potentially disruptive home solar solution that might change everything we know about solar power system.

The SolPad’s integrated solar panel combines multiple patented technologies into a single beautiful device, including a breakthrough battery storage, an inverter system and intelligent software that uses gamification to promote sustainable energy distribution, delivery and usage- all contained in a panel.

SolPad is quite an unusual and remarkable piece of advanced technology. Christopher Estes plans to develop SolPads of different sizes, some large enough to sit on the roof and power a home, others small enough to be portable. 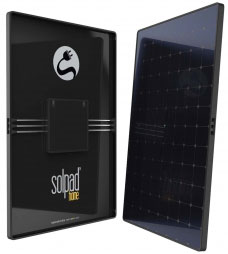 The SolPad panel has been added with variety of novel ways to interact with the user- it has a series of colorful LEDs that can twinkle or shine brightly when there’s a power outage, and a method of tapping on the panel can prompt a voice response and give information about how the panel is charging and how much battery energy it has been left with.

The SolPad Home is a panel made of 96 cells connected by diodes, and generates 330 watts of solar power. SolPad Home requires a racking system and the Connect system to link panels together, but otherwise all of the necessary technology comes built in.

With SolPad, there is an integrated “solar micro-storage” that uses solid-state, low-voltage battery technology. These solid-state batteries are designed specifically to be integrated within the panel and deployed safely on a roof. Unlike standard lithium-ion batteries, these batteries do not have a liquid electrolyte, which makes them inherently safer and less flammable. SunCulture claims its solid-state batteries can safely withstand conditions on the roof up to 200 degrees Celsius, plus any other elements. 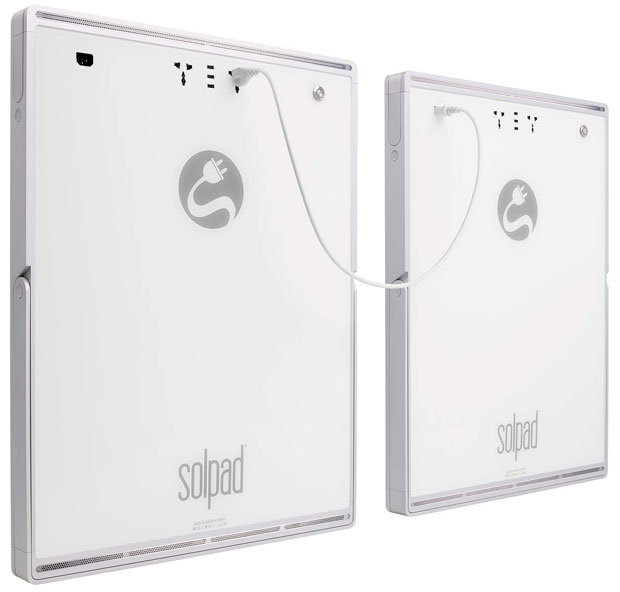 The investor, Christopher Estes has programmed a “personality engine” that encourages the panel to deliver all sorts of sassy voice responses related to the functionalities. The company is planning to make the portable version go on sale first, with release targeted for second of 2017.