Photovoltaics and batteries: an expensive combination 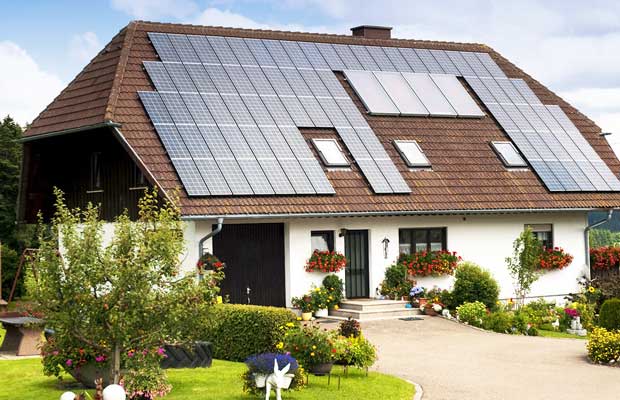 Solar power can cover up to 40% of the electricity needs of a typical Belgian household. Going beyond that level becomes really expensive: using batteries coupled with solar panels would be twice as expensive as using the power grid. It is one of the conclusions from a research by ULB researchers recently published on Applied Energy.

Electricity production from solar panels is a recurrent subject in Belgium, especially when it comes down to costs and efficiency. In a new study published in the scientific journal Applied Energy, Guilherme de Oliveira e Silva and Patrick Hendrick, researchers from the École polytechnique de Bruxelles of the Université libre de Bruxelles, bring a new perspective on these questions.

The researchers started by crunching a large amount of data, ranging from mete-orology conditions to energy use, and then ran the numbers through advanced simulators. The results show that, in Belgium, households equipped with solar panels can get a maximum of about 40% of their required electricity. Going beyond this value is not possible, no matter how many panels one adds up, given the time mismatch between electricity use and sunshine. Going over that 40% level would be possible by storing energy with batteries, but with a heavy price tag: for an average household with an annual consumption of 3500kWh, an installation able to cover 70% of the electricity needs would cost about 15000€, almost the double of using the power grid. Even the future reduction of battery prices will not be enough to make such installations profitable, given that they only represent a fraction of the total installation cost.

Covering more than 40% of one’s electricity needs with batteries coupled to solar panels is then more expensive than using the grid. To avoid overbearing costs, the researchers indicate that households with solar panels should resort to switching heating and hot water systems to electricity, with a large enough storage tank: a mature technology that can inexpensively absorb excess electricity from the solar panels. Smart appliances, that can switch their consumption to more favourable hours, are also a good option. On the other hand, electric vehicles are not expected to be of much benefit since most will be out of home during the more sunny hours.

Guilherme de Oliveira e Silva and Patrick Hendrick also analysed the impact on the grid of electricity production from photovoltaics. The power grid is dimensioned assuming that users have somewhat different use patterns, which end up balancing each other, resulting in a smoother load. On the other hand, solar energy producers can overload the grid given their simultaneous production for a given region, but do not bear the economic consequences of such overload. Therefore, the researchers also introduced in their simulations new grid tariffs, which better reflect the current cost structure of the power grid. The results not only emphasize the advantage of large installations over smaller ones but also pose problems in terms of energy equity: if grid access starts being charged on a mostly fixed basis, households with a worse financial situation, which tend to consume less energy, will be the ones paying a higher average electricity price. The results also show the existence of an indirect subsidy from the typical consumer to those with solar panels, a problem that had already been exposed by the European Commission. The problem is such that Flanders, faced with a growing amount of solar panels, decided to charge producers instead of changing grid tariffs.

The conclusion is that electricity generation from solar panels has a certain impact on the grid which should be minimised. The researchers defend that setting limits on the amount of electricity that can be injected on the grid, as already happens in Germany, is a sound strategy. Storage could also mitigate the impact on the grid but, nowadays, grid tariffs present no economic incentive for homeowners to do so.