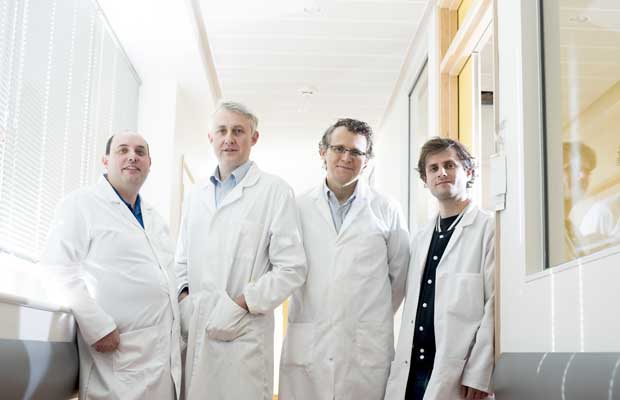 A research team from University of Warwick lead by Dr. Ross Hatton and Professor Richard Walton explained how solar cells could be produced which are more adaptable and simpler to produce than their current counterparts. Researchers note that solar cells made with tin could lead to a more widespread use of solar power, with potential uses in products such as laptop computers, mobile phones and cars.

Lead perovskites are evolving as an efficient way to convert sunlight directly into electricity. However, the use of lead in such solar cells is a serious barrier to commercialization due to its well-known toxicity.

Dr. Hatton and colleagues showed that tin used in perovskites instead of lead are much more stable and so could prove to be a viable alternative to lead perovskites for solar cells. According to the researchers the lead-free cells could render solar power cheaper, safer and more commercially attractive – leading to it becoming a more prevalent source of energy in everyday life. The research team also showed how device structure can be simplified without compromising performance, which offers the important advantage of reduced fabrication cost.

Dr. Hatton said “It is hoped that this work will help to stimulate an intensive international research effort into lead-free perovskite solar cells, like that which has resulted in the astonishingly rapid advancement of lead perovskite solar cells.” He added “There is now an urgent need to tackle the threat of climate change resulting from humanity’s over reliance on fossil fuel, and the rapid development of new solar technologies must be part of the plan.”

Perovskite solar cells are lightweight and compatible with flexible substrates, so could be applied more widely than the rigid flat plate silicon solar cells that currently dominate the photovoltaics market, particularly in consumer electronics and transportation applications.